RD 9 Preview, Half Way Point Of the Season

Round 9 is the half way point of the season, the club has had a good beginning to 2017. Our biggest highlight being our Womens team scoring their first ever win for the club and writing their page in the Roosters history books. The side has developed immensely and this has in turn seen players recognised at a high level. Our Roosterette Kyah McBride was selected to represent the Sydney Swans youth side in the academy series. Another talented Roosters Alex Mitchell was once again acknowledged and played in the Black Diamond Representative side. The Black Diamond mens side have recorded 8 wins so far this season and are on track to defend their premiership. There were two heart felt games played and won by the Rooster. To hold the Bryan Childs memorial shield and the Nathan Black memorial shield is an honour for the club. The Reserves have had a slow start to the season but broke the duck last week to record their first win. They look to score more wins in the second half of the season, their sights set on 5th place needed to make finals come round 18.

All games on Saturday will be played at Talkaba Oval, home to Lake Macquarie Crows. 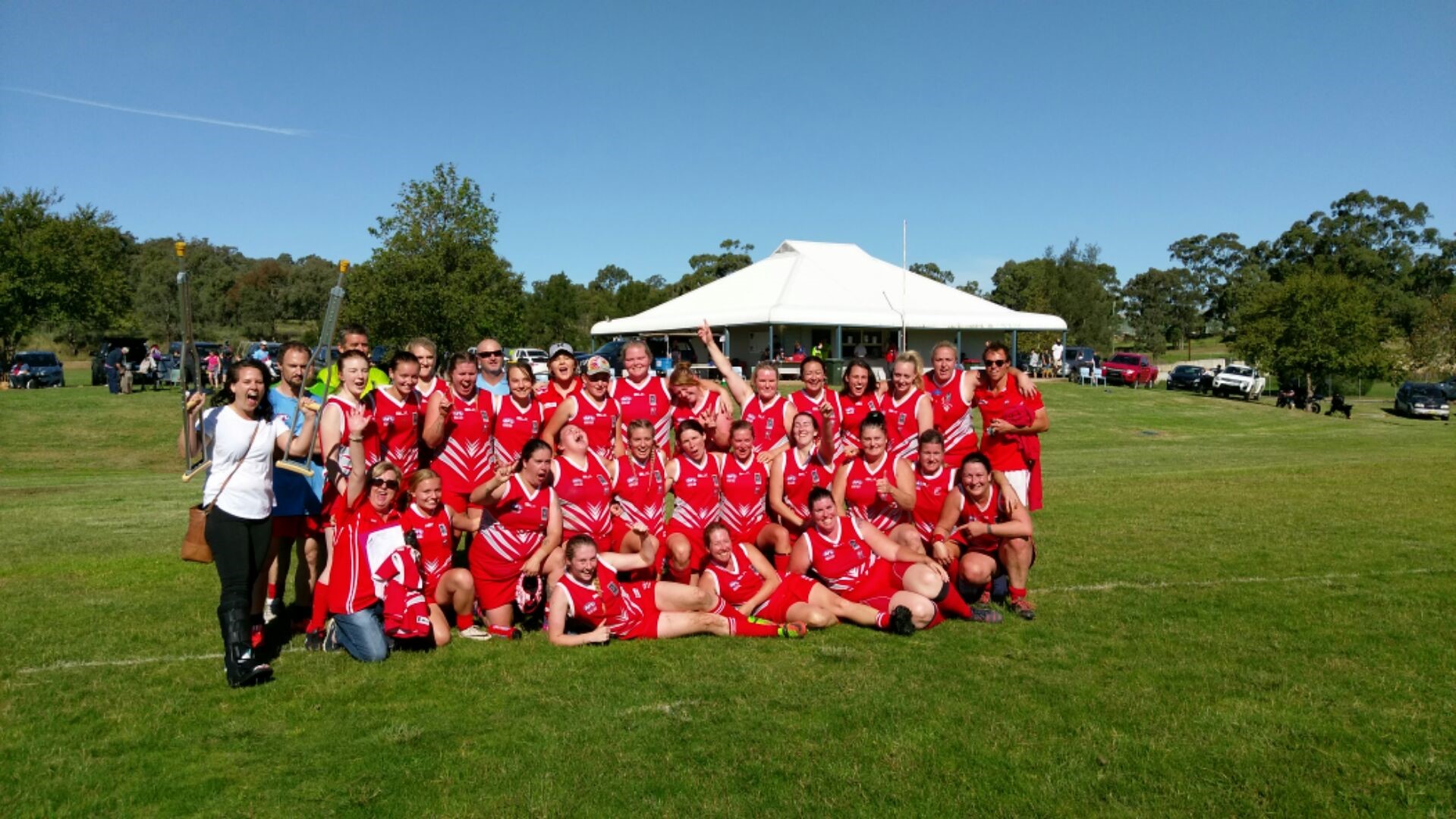