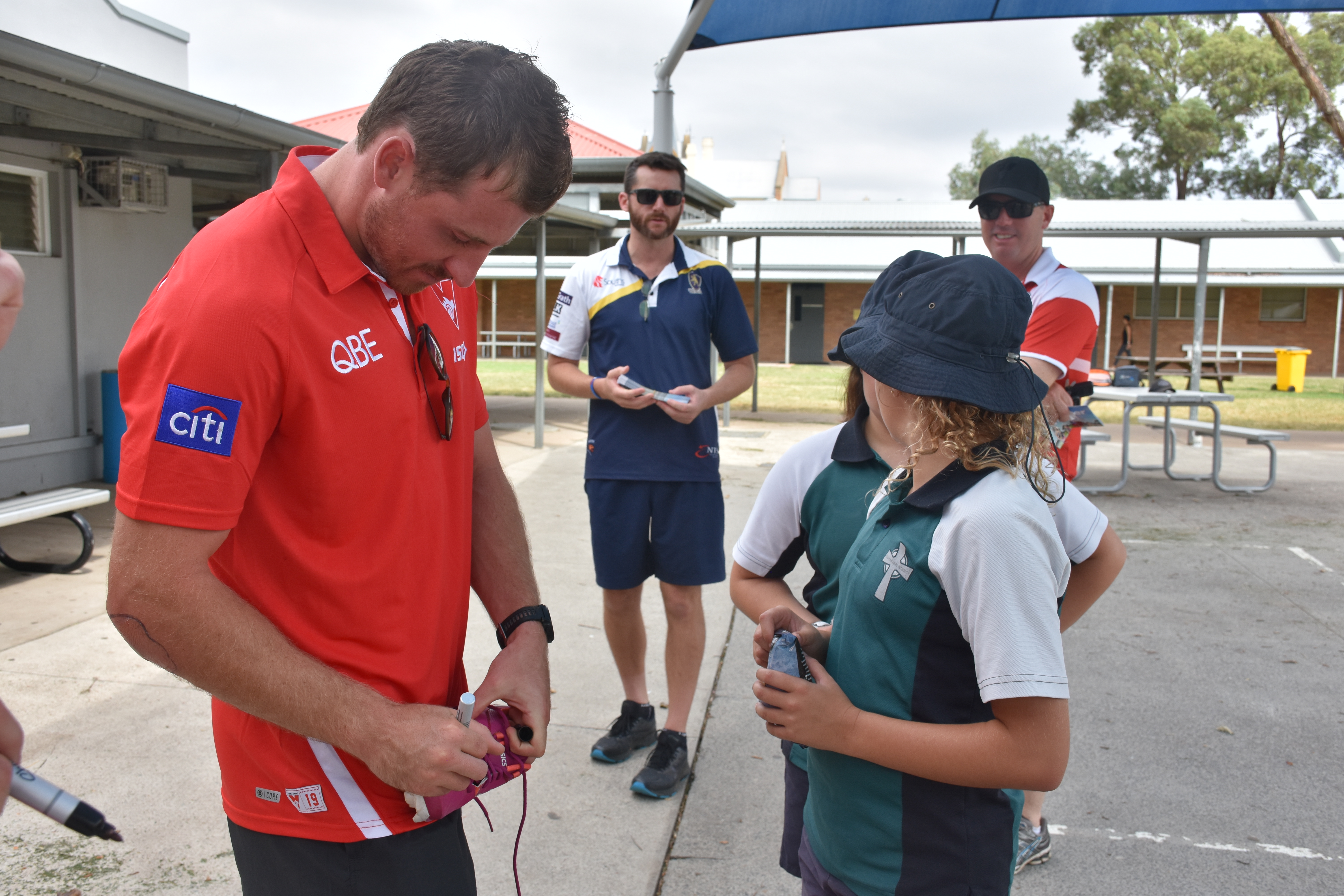 Hundreds of primary school students from around Singleton had a chance to meet their sporting heroes this morning as part of the 2019 AFL community camp initiative.

Since making his debut in the AFL’s inaugural ‘Battle of the Bridge’ (between Sydney and GWS) in 2012, Cunningham has played 103 games.

Last year he played every senior game, made his 100th AFL appearance, averaged a career-high 18.4 possessions per match and claimed the Swans’ Best Clubman award.

“I’ve loved playing all sports as a kid from footy, to rugby league, rugby union and basketball,” Cunningham told his young audience.

“But we loved footy, I started playing as an Auskicker at four years of age and now I’m 25 so there’s 21 years in the game already.”

While Cunningham, who was born and raised in Wagga Wagga, has had a sherrin in his hands for over 20 years the same could not be said for O’Riordan.

The Irish recruit, who was drafted to the Swans (under an International rookie contract) at the end of 2015, commenced his career with the gaelic round ball.

Such was his prowess on the rectangular field that he captained Tipperary to the 2015 Munster U21 football title.

However he is now in his fourth year as a professional athlete and last year he made history when becoming the third Irishman to play for Sydney (making his debut against North Melbourne in Round 17).

“I think there were about 70 people in my village back in Ireland and you’d have more in this room today,” O’Riordan added when addressing students in the Christian College hall.

The Swans will travel to Marvel Stadium to face off against 2016 grand final rival Western Bulldogs in Round 1 before returning home to host Adelaide at the SCG on Friday, March 29.