The Singleton Roosters finally secured their first double for the season by recording senior victories in both the men’s and women’s competition.

THREE IN A ROW: The Singleton Roosters secured a third straight win in the top tier competition.

Will Brayshaw, who kicked the winner against the Tigers in their previous meeting, was named as his side’s best while Daine Cowburn launched three goals (and two assists).

The Roosters will now aim for four straight wins this weekend when hosting powerhouse Cardiff at Rose Point Park.

MEANWHILE the Roosterettes celebrated a convincing 2.12 (24) to 0.1 (1) victory over the Entrance Bateau Bay.

Singleton co-captain Liz Moule and teammate Tiarna Windle both registered their first goal for the year while Tori Cowburn was once again named her side’s best player.

However it would be a game most memorable for the reunion of the Edsell sisters Madeleine, age 23, and Brenna, 25, who was visiting from Melbourne.

“Being able to play along side my sister meant so much to me,” Madeleine told the Singleton Argus.

“It was great being able to show her how supportive the Roosters are both on and off the field and she too really felt the support. 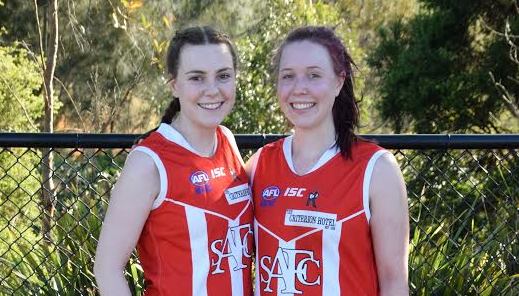 “She enjoyed it so much that she is even considering playing next year down in Melbourne.” 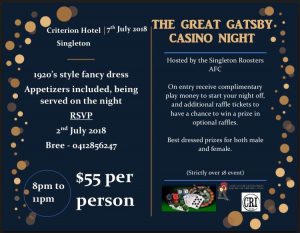