The Roosters would be without a long list of senior contributors including Matt Cornelius, Zach Bray, Jacob Welsh, Simone Corfe, Conrad Smith as well as teenage trio Nathan Swan, Darcy and Cameron Saunders.

Yet they would prevail in the middle after the final break as late goals to Sam Brasington, Cameron White and playing coach Andrew Scott secured a 10.9 (69) to 5.3 (33) victory.

“Its the first time Singleton has defeated the Bombers since returning to the top division,” cheered one club official. 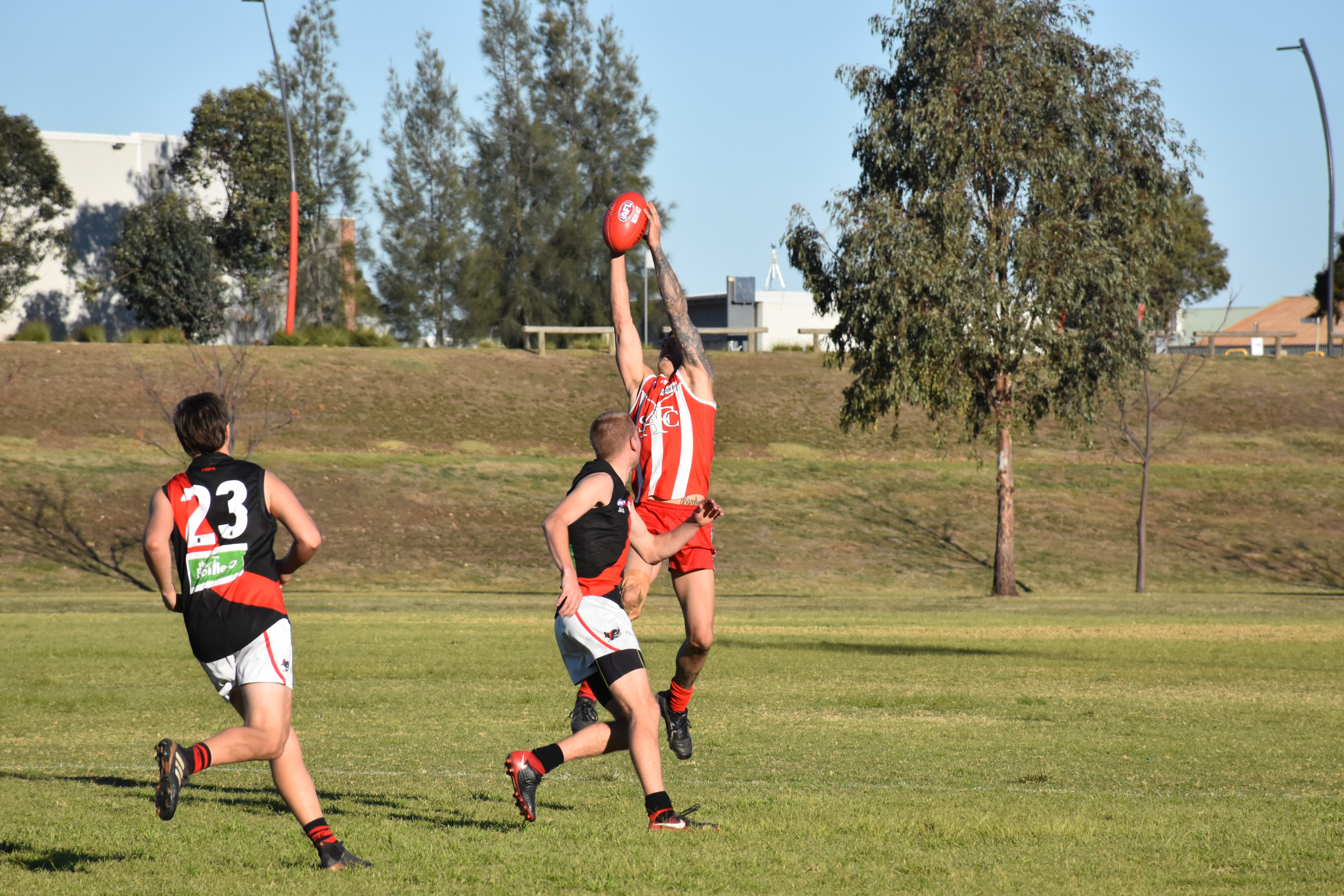 EYE ON THE BALL: Sam Brasington takes down a mark.

The result would also mark a fourth straight home win for the senior side before their adoring fans.

MEANWHILE, a 10 goal haul from Killarney Vale forward Matt Weaver saw the Bombers prevail by 146-points in the reserves.

The Singleton women’s side was also unable to match Warners Bay when handed a 90-point defeat in their match.