Old Roosters reflect on their journey ahead of past players day 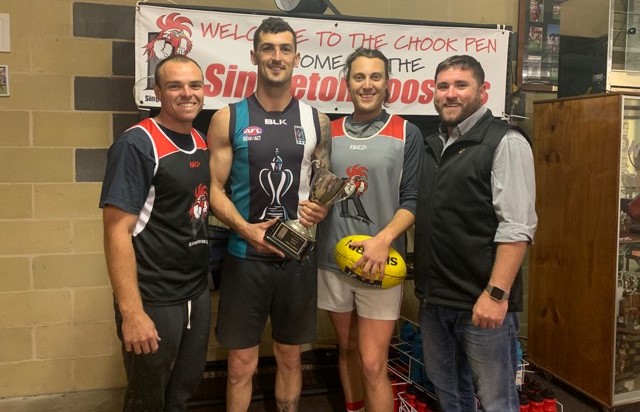 In the lead up to the 2019 Singleton Roosters’ ‘Old Boys Day’ on past players weekend the Singleton Argus put forth five questions to five members members of the club’s current list.

All five of our interviewees starred in the club’s 2009 senior premiership which famously came down to a Josh Childs’ winning behind on the final siren.

The line-up from that year will be celebrating its 10 year reunion at this Saturday’s final home and away season clash between Singleton and Newcastle City before the replay of the iconic grand final is premiered at the Criterion Hotel during the after match function.

1. What was your first memory with the Singleton Roosters?

Andrew MacPherson: First memories were walking into the old club rooms as a 12 year old and seeing all the honour boards and also sitting up on the old score board watching seniors.

Sam Brasington: The old club rooms, the smell of deep heat and leather, the sound of my boots on the floor board running out for Auskick, my step dad used to goal umpire my game and when ever I would be having a shot on goal he would put his hands in the air and I would just have to kick it to him like at home on the backyard.

Daine Cowburn: My first memory of the football club was under 18’s walking down the hill with Macca (Andrew MacPherson) having never picked up an AFL football. Walking into school one morning Macca and Sam Kirkwood told me to come down for a run and ever since I have loved playing the greatest game of all!

Paul Chandler: Being about eight-years-old and watching the seniors run around and also helping paint the Roosters sign that used to be in the hill made out of railway sleepers.

Richard Wilkes: My first memory was being apart of the reestablished seniors in 2006. Chalky (Mal Draper) introduced me to Rose Point Park Hills and the sandy beaches of the Hunter river. We had a developing side mixed of old heads, young guns and blokes who had never seen a Sherrin in their life.

Together we built and shocked the league when we made the finals in our first year back in the BDAFL.

2. What was your greatest Singleton Roosters memory?

AM: There has been a few but can’t go past the 2009 grand final, we were getting flogged at half time and came back to win it after the siren. We also had some blokes in the side that had played for the club for 10-20 years and never tasted any success.

SB: The 2009 grand final, winning by a point after the siren.

DC: The 2009 grand final in the back line at No.1 sports ground, Newcastle. The siren had just sounded for full time with scores level. Josh Childs’ has a kick after the siren to win it. 40m from goal. He trots in. Misses the majors and scores a behind. The crowd then ran onto the field. It still gives me goosebumps thinking about it. The best behind ever kicked.

PC: It is hard to single out a memory but getting to play a few games with my dad and bother was pretty good but really hard to beat the 09′ granny after a few hard years in the seniors.

RW: My greatest memory would definitely be the 2009 premiership. Not only the gut giving effort by the team to lift from the canvas to win after the siren, but the hype around the town.

Everyone was talking AFL. The Mighty Rooster were back! 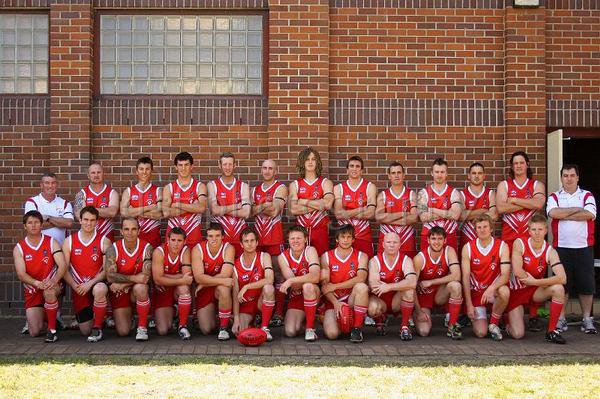 THE HEROES FROM 09′: Singleton’s senior premiership side from 2009.

3. What should past players day mean to the current playing group?

AM: Just that they can learn a bit of the history of the club and who’s been before them and to see what the club means to those blokes! It’s now their job to continue that legacy for the kids sitting on the hill today who look up to them.I think Sam Howard will play a big part in the club moving forward over the next 5-10 years.

SB: That the Roosters Footy Club isn’t just about playing footy, it’s a club where you can make and form relationships and bonds with blokes that can last a lifetime. The blokes that you play footy with now in years to come you can always sit down and have a beer together sharing that bond of being a Rooster.

DC: The younger fellas of today should feel a sense of pride playing with and or meeting the great players of the past knowing the foundation today that allows them to play the game they love was built with these blokes.

PC: Old boys day should be a day when you run out thinking about all those that have put the jumper on before you and now it’s your turn. There are 22 on the ground but a whole club behind you.

RW: Brings the Rooster family together. It’s great to meet and talk footy with the old boys on the honour board. It brings pride to our club and the jersey we put on our backs.

4. Which Old Rooster do you look forward to having a beer with on Saturday night?

AM: The great Gary Smailes.

DC: Probably ‘Stats’ or ‘Filthy Phil’. I loved playing with both of those guys on field. Stats was one of the greatest on field leaders I have played with and Phil was head of our club in some of its toughest years bringing us through the other side to some of our greatest.

PC: There are a few of the old boys that love a beer and the typical hooligans like ‘Hyph’ and ‘Chucky’ will be loud but I will look forward to catching up with Brenno and ex coach Tim Hare.

RW: Phil Huntington. The great man behind the scenes of our premiership years.

5. Which member of the current group would you like to see in charge of the past players 20-30 years from now? 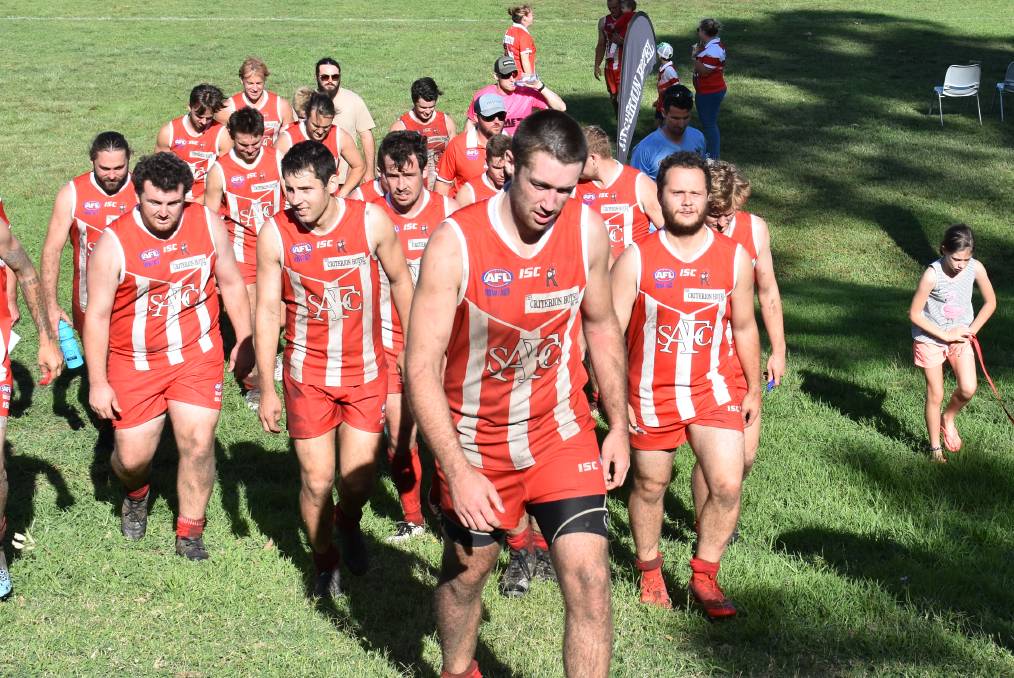 THE YOUNG LEADER: Sam Howard pictured after his best on ground performance against Nelson Bay in Round 1 this year.

AM: I think Sam Howard will play a big part in the club moving forward over the next 5-10 years.

DC: I couldn’t pick between Macca (Andrew MacPherson) and Dick (Richard Wilkes). Both have great football minds and would be welcomed by everyone.

PC: Sammy Howard would probably have to be the one to run it. Pup (senior captain Alex Mitchell) will beat him to hang the boots up but is too bossy and argumentative to take the reins.

They both will probably be still playing due to their love to the game. Definitely future captains of the Roosters in the next decade.