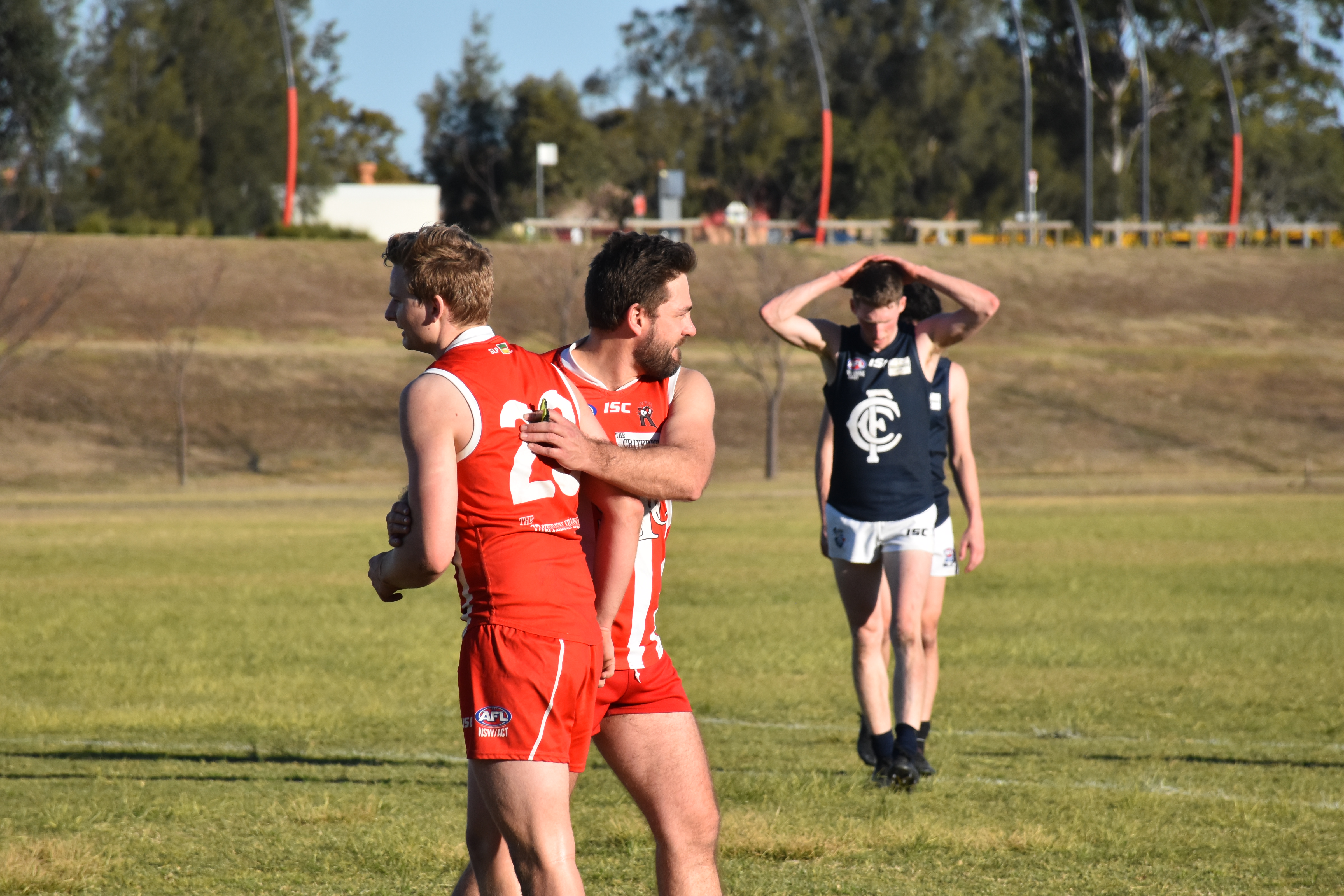 The Singleton Roosters made history at Rose Point Park this afternoon when celebrating an upset 12.14 (86) to 6.3 (39) victory over AFL Hunter Central Coast powerhouse Newcastle City.

Wayward kicking would keep the visitors in the game at the first break after the Roosters registered an early 2.7 (19) with single goals to first year recruit James Colmer and Sam Howard.

Yet the home side would march onto an incredible 45-point lead once Sam Brasington entered the goal-kicking party in the third term.

By then, Andrew Scott’s men never looked back.

Admittedly, Newcastle City was missing a host of key contributors (including Cameron Keast, Reed Van Huisstede, Liam Dwyer and Zac MacDonald) from their 159-point win over Singleton in Round 5.

Nevertheless the Roosters would also be without Zach Bray, Jacob Welsh, Simone Corfe and Conrad Smith this afternoon; in what would be their first win over the opposition in the region’s top tier competition since the 1990s. 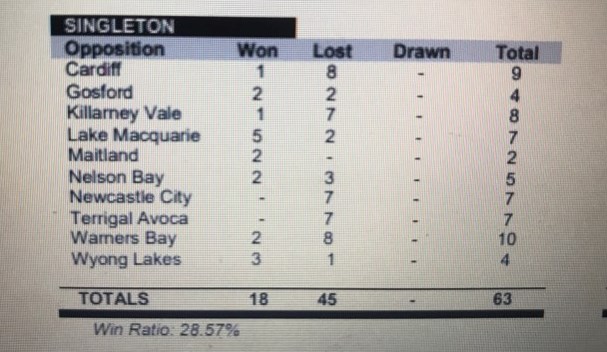 THE ARCHIVES: Singleton’s head to head record from 2000-18 when placed in the premier division of the (then) BDAFL. (Courtesy of the 2018 BDAFL annual report)

He and teammates Brasington, Daine Cowburn, Richard Wilkes would then gather with their former 2009 premiership winning teammates to commemorate the side’s 10-year reunion. 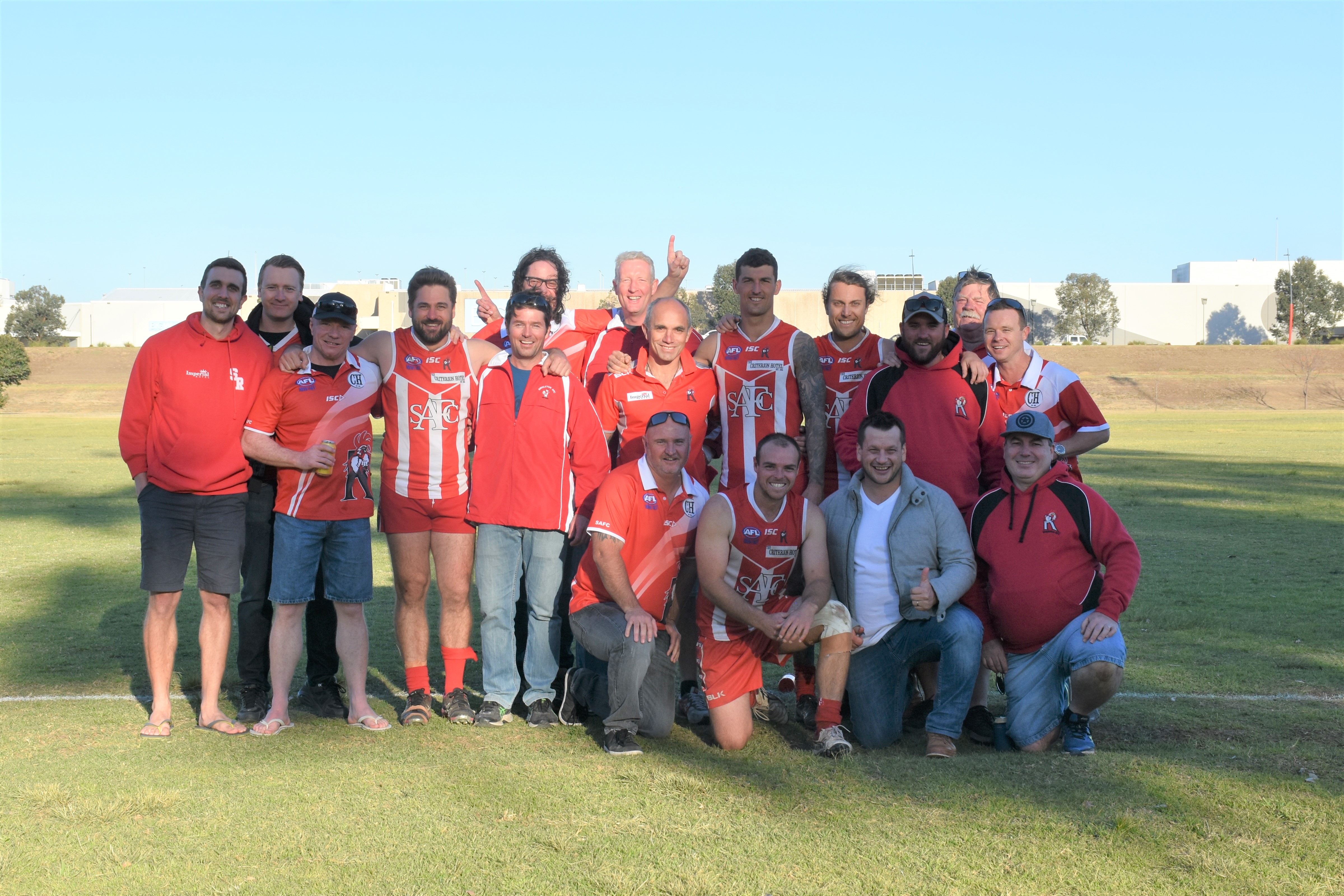 THE REUNION: Singleton Roosters past and present gathered for Old Boys Day this afternoon. Here the 2009 premiership team are pictured celebrating their 10-year reunion.

“Today just means the world to me and as for the goal, well, it was never in doubt,” Macpherson told the Singleton Argus.

The Roosters finish the home and away season fifth on the ladder with a 10-8 record and will now face off against Killarney Vale at Weeraman Field, Muswellbrook this coming Saturday (2.15pm start) in a knock-out semi-final.

MEANWHILE the Singleton Roosterettes were unable to continue a strong opening half when suffering a 13.13 (91) to 1.1 (7) defeat earlier in the day after the reserves were also limited to a single Patrick Fitzgerald goal in their disappointing season finale.