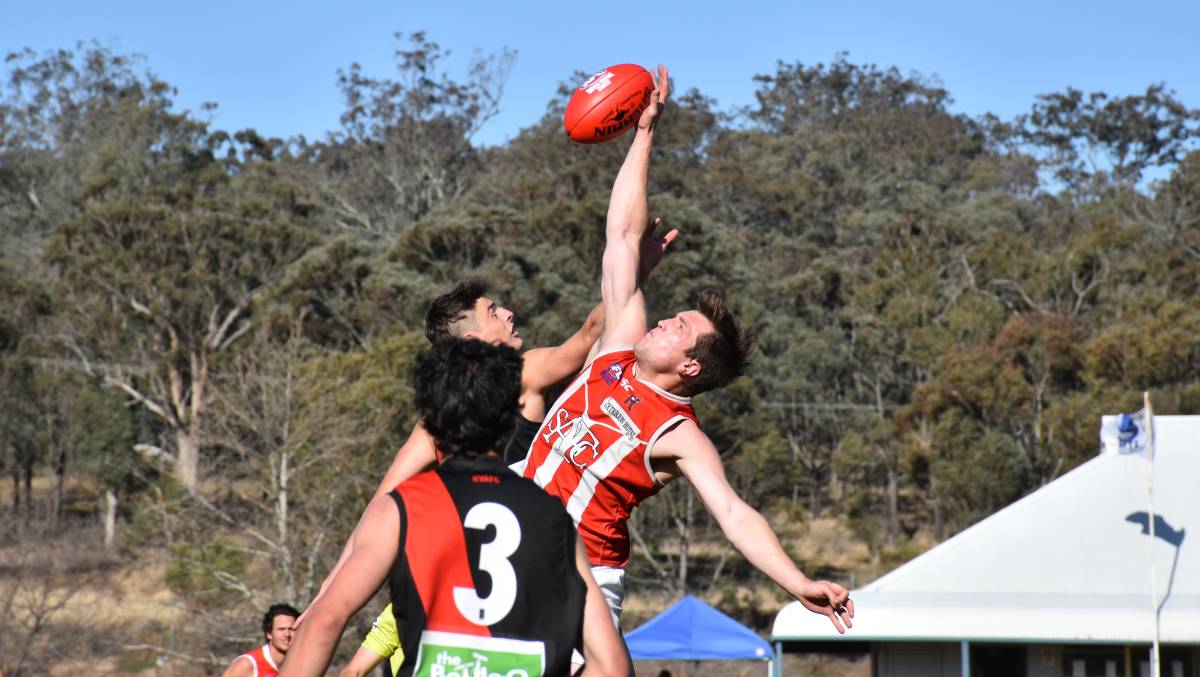 GAME CHANGER: A solid performance from Will Brayshaw down back saw the Roosters prevail against Killarney Vale in the semi-final.

The Singleton Roosters’ AFL Hunter Central Coast senior side made history this afternoon when recording a 16-point victory over Killarney Vale in Muswellbrook.

The Roosters’ final 10.6 (66) to 7.8 (50) scoreline cemented the club’s first finals victory in the region’s top tier competition in over 20 years thanks to final quarter goals from Daine Cowburn, Alex Mitchell and Jackson Kolatchew.

As a result, the men from Rose Point Park have secured a place in next week’s preliminary final against Terrigal Avoca to be played at Killarney Vale.

“Its history making for our club from just all of the work we’ve put in,” Cowburn told the Singleton Argus moments after the final siren.

“Just nine weeks ago we only had 16 blokes on the park when we were getting pumped by Terrigal and that was clearly the turning point of our season because we’ve only lost one game since.”

Singleton held a nine-point lead in the opening term thanks to the dominance of Will Brayshaw, son of former Claremont and North Melbourne star Mark, who led the charge off of half back.

“We knew going into the game that a few of their key players either existed in, or rotated through the forward line; so that was a big focus of ours as a back six,” Brayshaw explained

“I think we’re finally starting to see the byproduct of continuity down back.

“We’ve got a core group of players that are becoming very accustomed to playing with one another and I think that’s showing on game day.”

The Roosters held a narrow three-point lead at the main break. 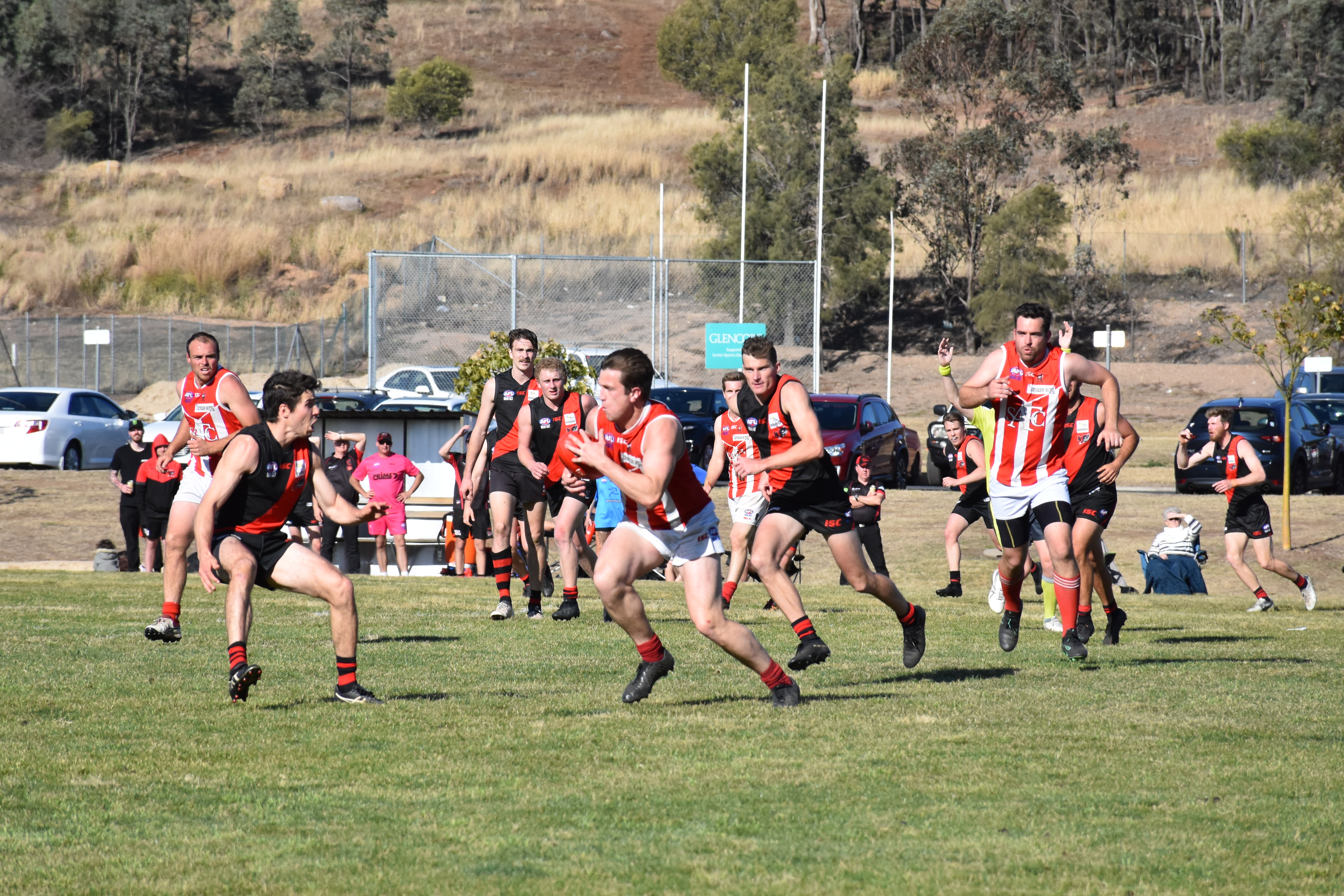 ON THE RUN: Will Brayshaw pictured in the first quarter of his side’s semi-final victory this afternoon.

That margin was then trimmed to a single point when reigning Davey medallist Tim Oosterhoff kicked truly in the dying stages of the third term.

However he would be denied a third after the final break when thwarted by fellow AFL Hunter Central Coast team of the year hopeful Sam Howard.

“I got the fist on the ball, won the footy and off I went from there; the rest was history,” Howard recalled.

“We’re jelling at the moment and we’re entering each final like ‘unstoppable train’ to repeat the words of our coach Chiz (Andrew Scott).”

At 4:20pm the siren would sound on arguably the greatest Rooster victory to date.

Captain Alex Mitchell would be named as his side’s best player ahead of Cowburn, Brayshaw, ruckman Zach Thompson and playing coach Andrew Scott as a result of his heroic final term.

“When 22 blokes play their role, the result takes care of itself,” Brayshaw explained.

“Bar ‘Pup’ Mitchell’s colossal last quarter, that was the hallmark of our game; 22 guys willing to work for one another and do their part for the team.”