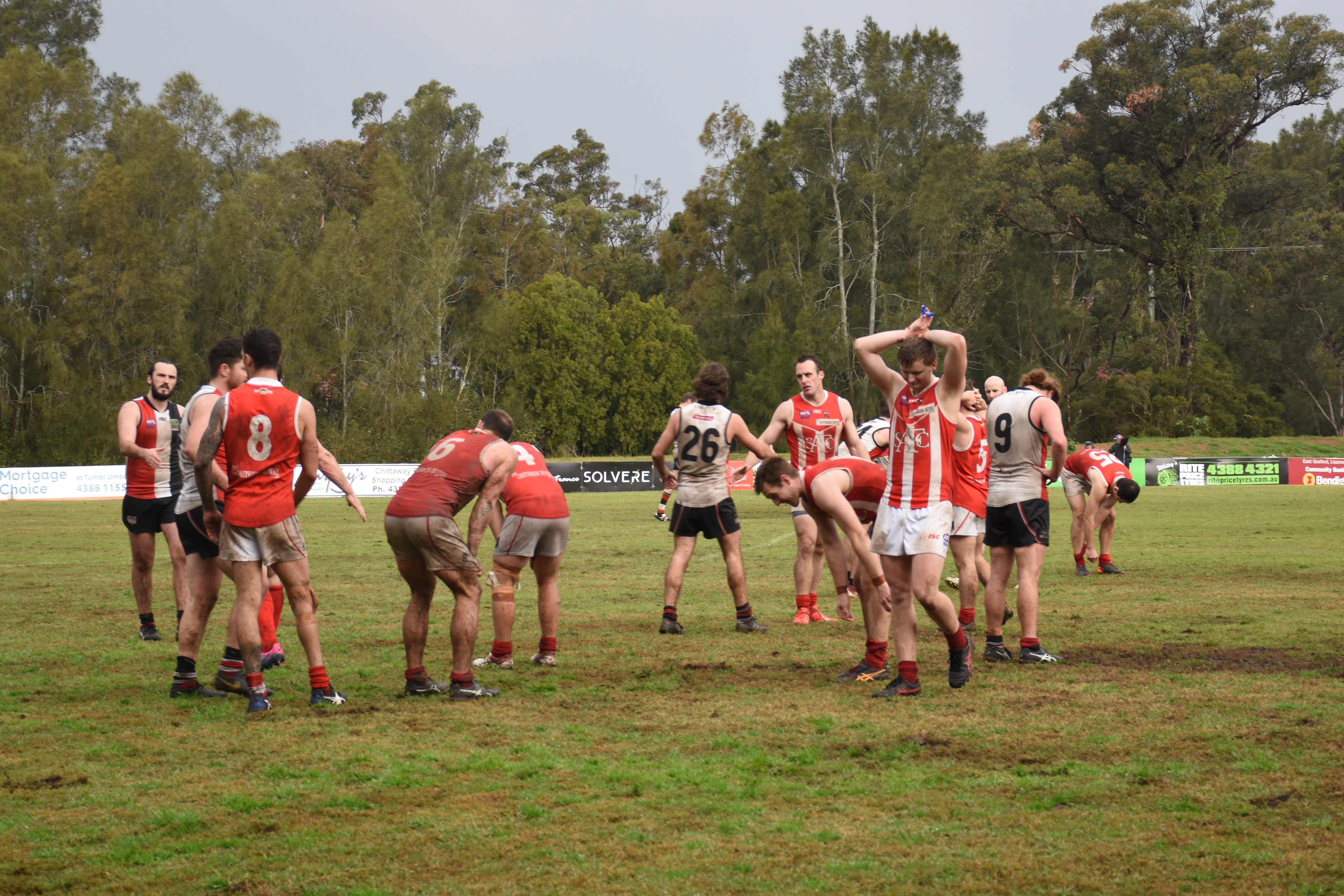 SEASON OVER: The Singleton Roosters were unable to hold off AFL Hunter Central Coast powerhouse Terrigal Avoca when playing off in the senior preliminary final on Saturday.

When the Singleton Roosters played host to Terrigal Avoca in Round 2 this year the senior side would face an embarrassing 171-point defeat.

Fast forward ten weeks later and the undermanned Roosters (left with a line-up of 16 players) would then be held goalless against the Panthers in another 20-goal hiding.

Therefore a positive light was cast on Singleton’s preliminary final defeat on Saturday, such was the line-up’s recent turnaround prior to the low scoring 6.6 (42) to 4.2 (26) affair.

The Roosters entered the clash, held at Killarney Vale, filled with confidence and the two sides were neck in neck to register the game’s opening major.

After a 15-minute stalemate the Panthers managed to gain an early 19-point lead in the dying stages of the opening term.

Singleton trimmed the margin to six-points in the second term while playing coach Andrew Scott, who would go on to claim his club’s best and fairest award that evening, continued to battle his tagger in trying conditions.

However time would play the ultimate enemy for the men from Rose Point Park. 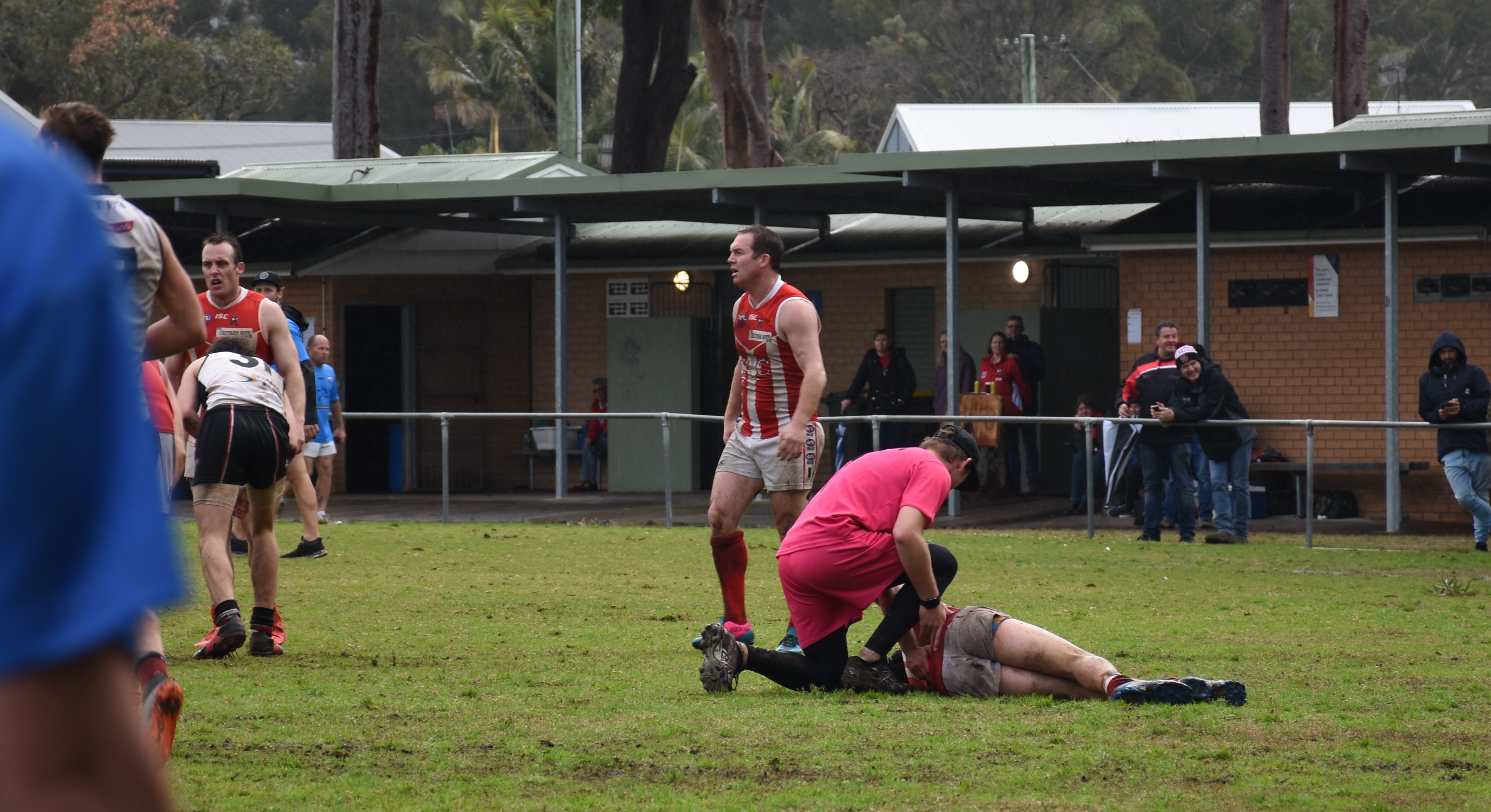 MAN DOWN: First year Singleton Rooster suffered a late knock in the dying stages of the final.

Outgoing defender Will Brayshaw would be named as Singleton’s finest contributor on the day.

He was joined in the best by fellow first year Rooster Luke Draper who registered a late goal before suffering a late knock to the back.

“It’s just football,” the brave 20-year-old told the Singleton Argus after he was carried off the ground on a stretcher.

“As a back man I’ve always been taught to get a fist to the ball and get forward and I just thought the player I was marking was behind me.”

Draper would go onto finish third in the club’s senior best and fairest count while also collecting the most improved player honour.

Thompson is ready for Terrigal
Roosters prevail in under-13 competition