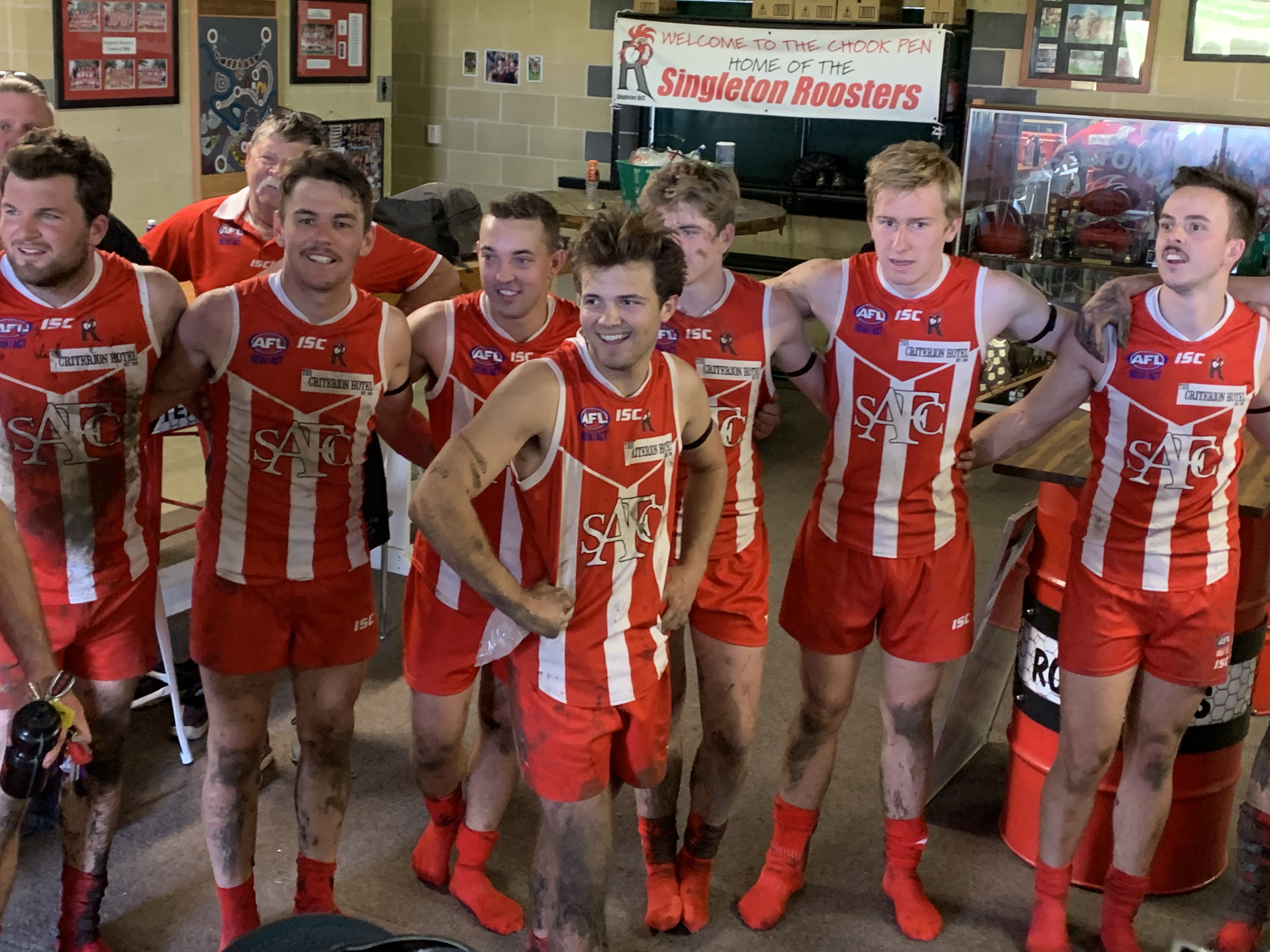 Former Muswellbrook Cat Corey Harris was welcomed in the winners’ circle for the Roosters’ following their 87-point win over Wyong Lakes.

The 20-year-old found three goals in the first half while fellow small midfielder Scott Moore landed his first goal in four years.

Harris joined the Roosters midweek after the Muswellbrook Cats cancelled their 2020 season due to Covid-19.

“I have played rep footy but other than that today was the first time I didn’t have a Muswellbrook jumper on me,” Harris said post-match.

“I’m hoping I stick around for the rest of the season now.”

Playing coach Jed Ellis Cluff and captain Cameron White were described as outstanding (in the absence of Andrew Scott) by club officials while Sam Brasington also finished with three goals.

“During the game the coach Jed was giving me a few pointers so I still have stuff to work on but I’ve enjoyed playing today,” Harris added.

NO LONGER RIVALS: Kyah McBride welcomed former Muswellbrook Cat Emma Knowles to her line-up. They were both named in the best players.

The talented teenager found five of her side’s seven goals (to bring her season tally to 11) while reigning best and fairest Kyah McBride finished with four goal assists.

EARLIER in the morning, Singleton’s reserve grade side held off Wyong Lakes to a single goal in their convincing 35-point win.

It made for a memorable occassion for ruckman Joel Deacon who celebrated his 50th club match while Donald Hornby-Waring also set up a goal on his 40th birthday.

Dylan Hixon and Paul Chandler finished with two goals each before Alex Tigani landed the sealer.

The victory also marked the first time defender Brad Wilson played off against his former club.

“I was just happy with the win,” he concluded.