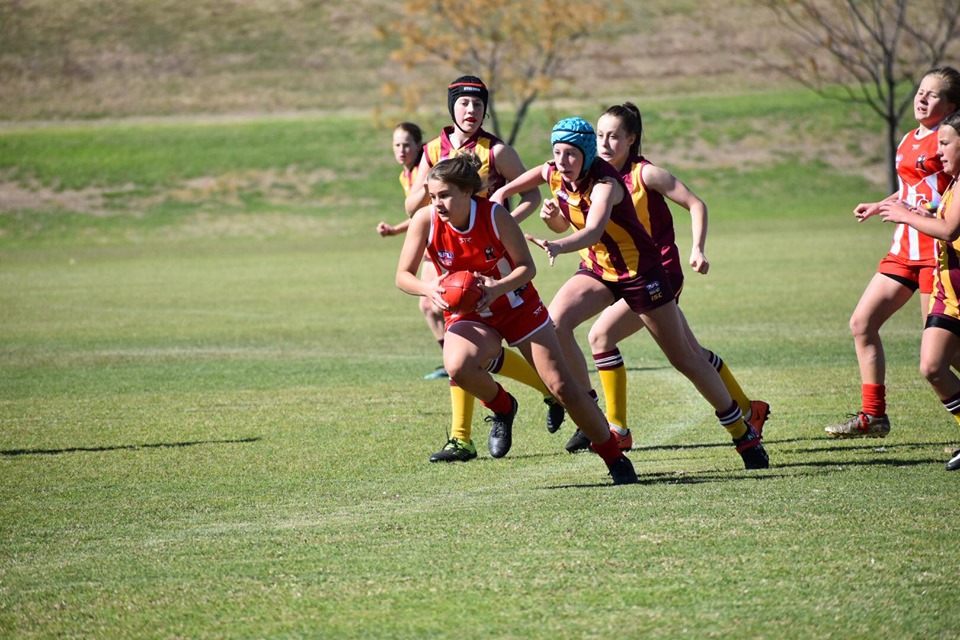 PLAYER TO WATCH: Ella Radmacher has scored 11 goals for Singleton in her first year of football.

The Singleton Roosters’ junior teams will hope to emulate their success from Round 6 when they go to battle this weekend.

Our under-11 line-up will aim for a 7-0 start this Sunday while the club’s older junior sides will also aim to dominate their opponents.

The Singleton Roosters’ under-11 side remain undefeated in the region’s U11 Giants league thanks to hard fought win on Sunday. 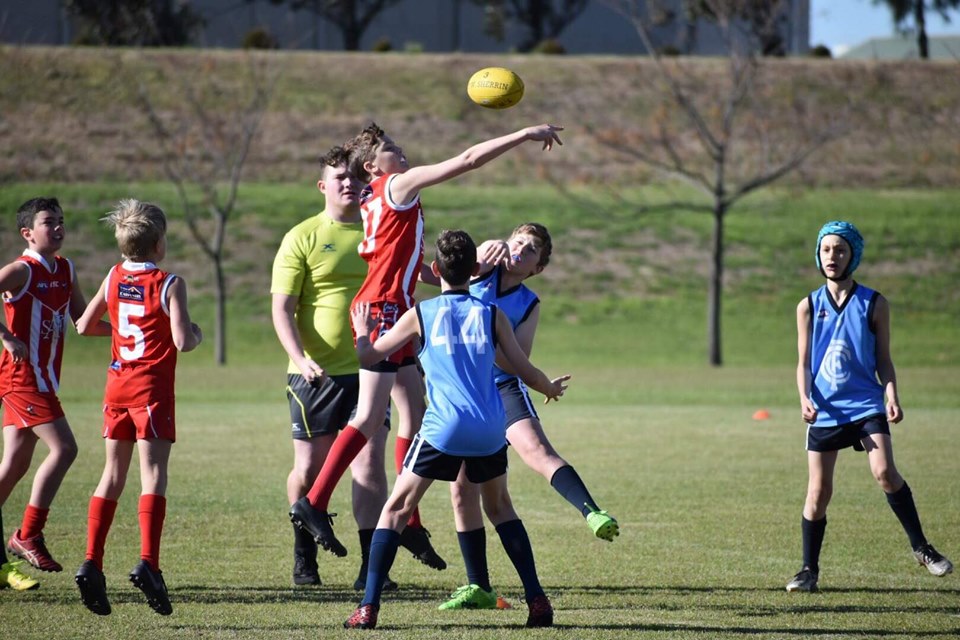 FLYING HIGH: Singleton would hold on to capture a sixth straight win in the under-11 competition.

After four straight victories arriving at the mercy rule (whereby scorers suspend their work at the 60-point margin) the Roosters held off a fast finishing Newcastle City 3.10 (28) to 2.2 (14). 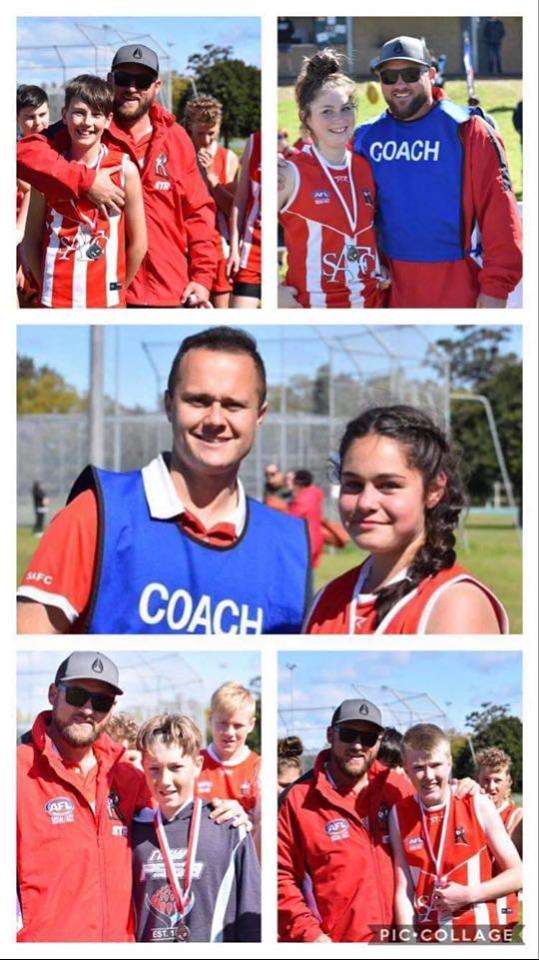 MILESTONES: Our 50 gamers receive their medals.

The under-11 side will now play off against Warners Bay at Feighan Oval this Sunday at 10am.

Paul Chandler’s under-13 line up will hope for back to back upset wins this weekend when travelling to play ladder leader Newcastle City at 4pm this Sunday.

On this occasion, the undermanned Roosters will now try to rectify their 47-point loss against City in Round 3.

IN OTHER NEWS the club would like to congratulate quintet Sam Boughton, Fintan Trickey, Braydan Capell, Orlando Emmett and Lilly-Jane Williams on their 50th games last week.

The Warriors will host Niagarra Park at 11.20am this Sunday when they face off in an exciting second vs. ninth clash.

The undefeated side, which features a host of Singleton talent, handed the Terrigal-Avoca Panthers their first defeat for the season. 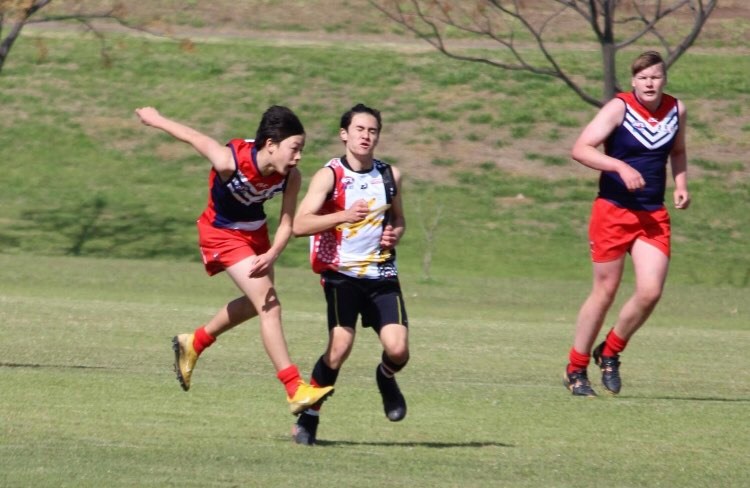 UNDEFEATED: The Warriors will aim for a fourth straight win this weekend.

Singleton midfielder Molly Thomas had a day to remember against Cardiff when finishing with five goals in the Roosterettes’ 75-point win. 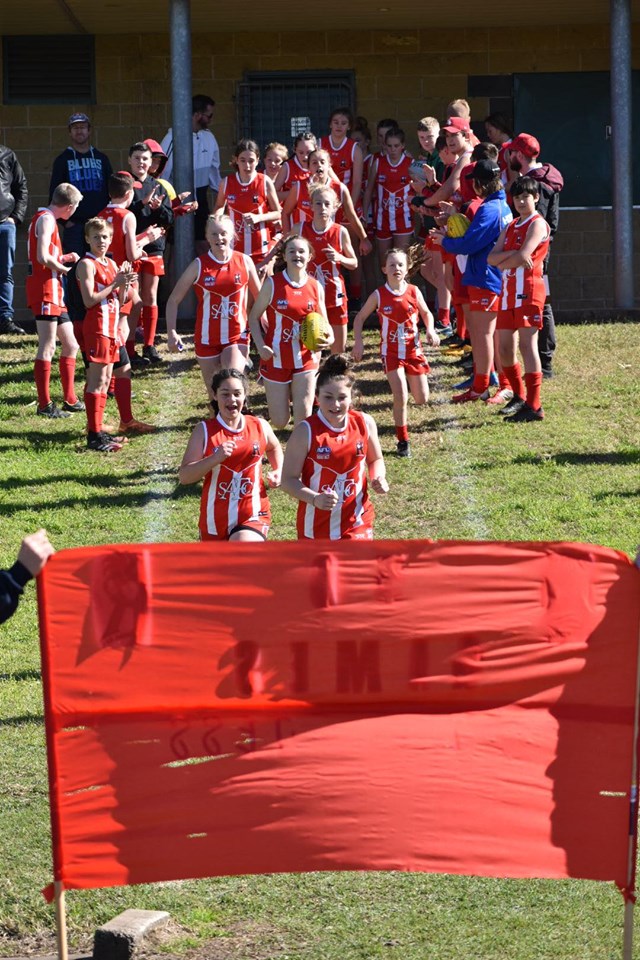 WELL DONE: Jessica Borg and Lilly-Jane Williams have both celebrated their 50th games this month.

Captain Lilly-Jane Williams also finished with two majors during her five-minute stint in the forward line before assisting her coach Alex Tigani with team structures on the bench.

“All girls continued to impress from start to finish and Lily Bos also held her own in the ruck throughout the final term,” Tigani reflected.

“It was also great to have Lilly-Jane Williams assist me in the end and have a breather before running out for her 50th game with the boys the following game.

“And now this week we get to celebrate Jess Borg’s 50th game as well so I hope the girls can get a win for her.”

The undefeated Youth Girls, who have a percentage of 1366.67, will now play off against Warners Bay at Feighan Oval 2 from 10am.