Four in row for the Roosters 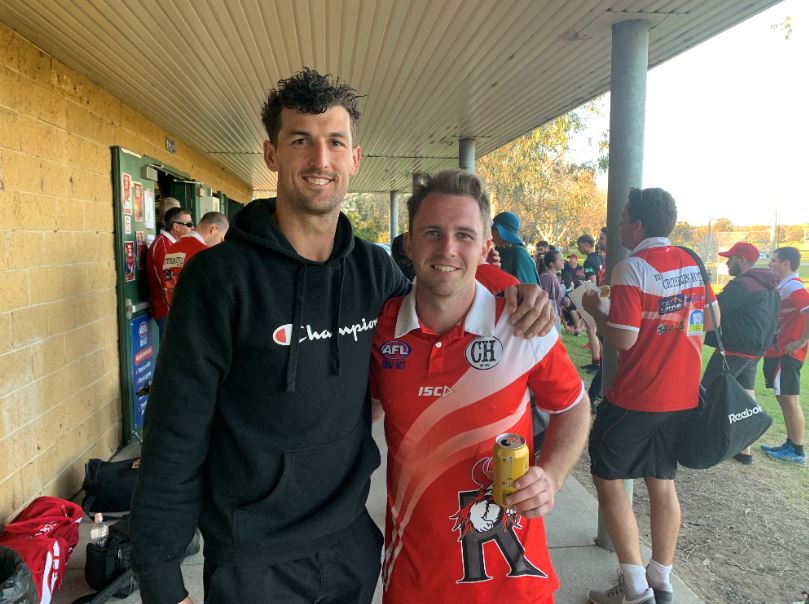 WINNERS: Sam Brasington would hand his side a one-point victory thanks to his late shot on goal. It would mark Scott Moore’s final game for the season due to work duties.

The Singleton Roosters pulled off their most climatic finish to an AFL Black Diamond Cup clash when defeating Killarney Vale by the narrowest of margins this afternoon.

The Roosters were down to two on the bench (both Luke Draper and Jackson Kolatchew were sidelined due to injury) in the final minute with scores level 9.6 (60) to 8.12 (60).

The star goal-kicker, who turned 30 on Friday, would stand tall and snap the winning behind with 33 seconds remaining.

“I don’t know what was with the kick but it got the job done,” he explained.

Earlier in the day, the Roosterettes celebrated Nadene McBride’s 50th game with a 55-point win over The Entrance Bateau Bay while the Roosters’ men’s second grade side were unable to hold off an accurate Warners Bay outfit when facing a 74-point deficit.