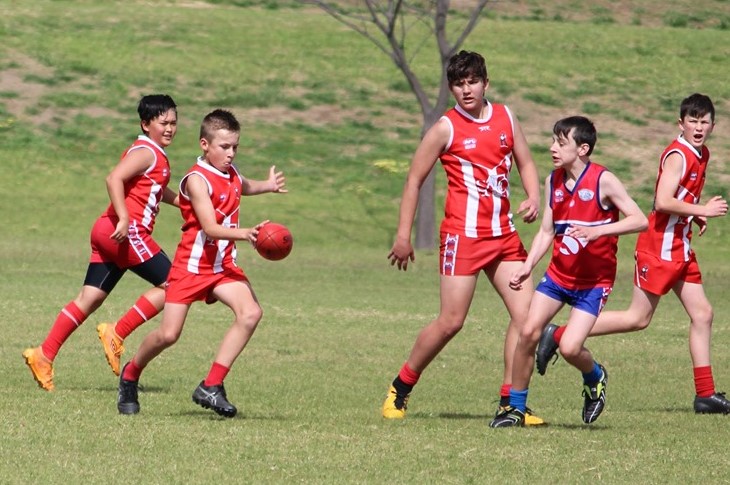 ON THE RUN: Singleton midfielder Blayne Chandler pictured in his side’s convincing won over Warners Bay.

The Singleton Roosters celebrated a clean sweep at Rose Point Park on Sunday when all three junior line-ups dominated their opponents in sunny conditions.

The Singleton Roosters’ under-11 side remain undefeated in the region’s U11 Giants league thanks to their convincing victory over Port Stephens.

After claiming a hard fought 14-point win over Newcastle City and Simon Trickey’s line-up travelled to Feighan Oval and celebrated a huge victory over Warners Bay Red a week prior.

It would mark Port Stephens’ first defeat of the season and make for a very one sided top of the table clash. 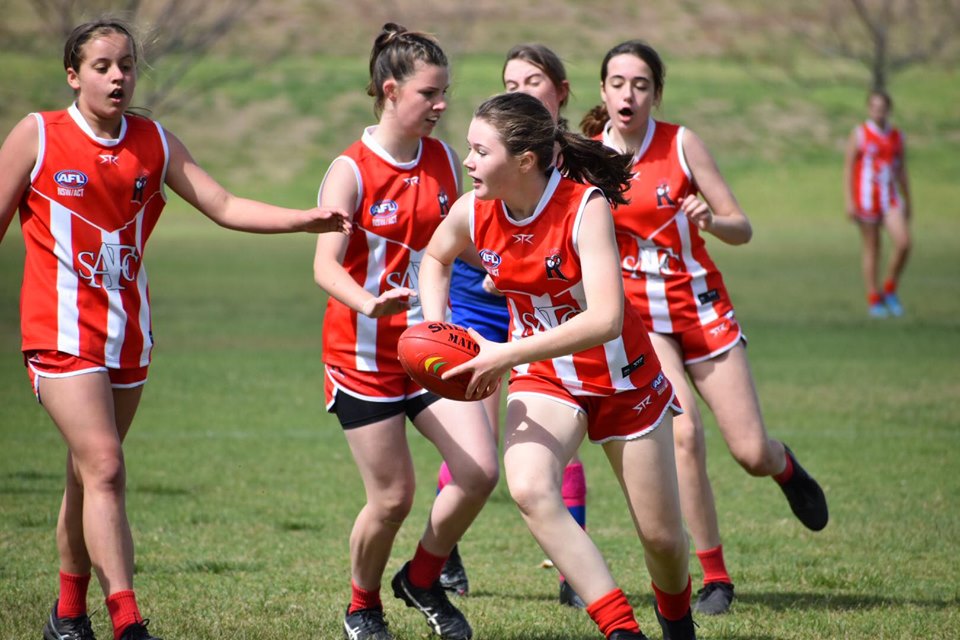 The Singleton’s Youth Girls side had a day to remember on Sunday when the undefeated line-up celebrated their 16.21 (117) to 0.0 (0) win against Nelson Bay.

Nine of the 15 team members managed to score goals with Lilly-Jane Williams and Ella Radmacher leading the way by landing three each. 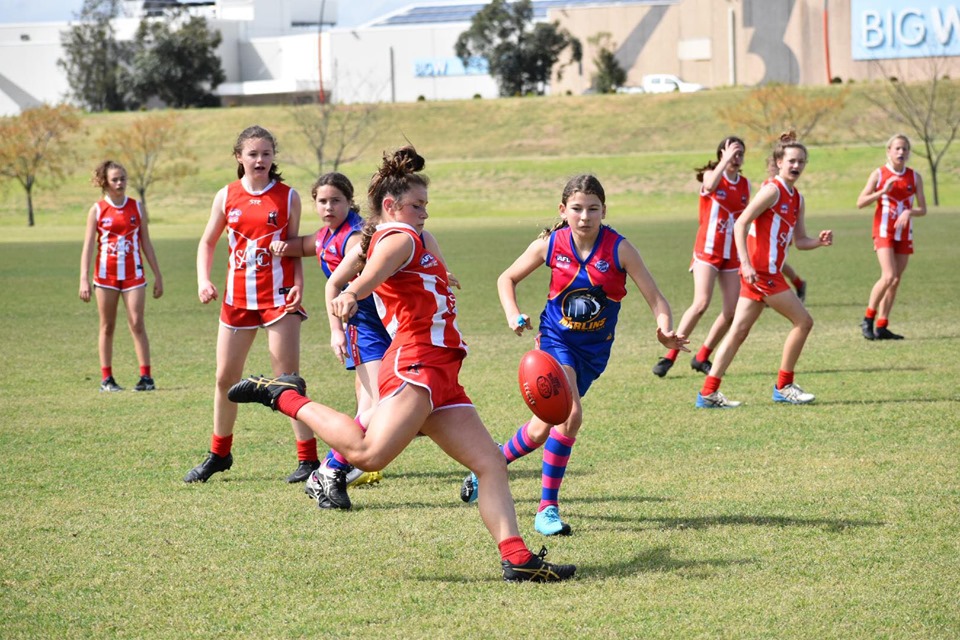 THE CAPTAIN: Lilly-Jane Williams finished with three goals in her side’s 117-point win.

Milla Hauville and Matilda Ord also registered their first goals for the club.

Ord would finish with two for the match.

“Sure, it was great to have the nine of our players hit the scoreboard but you also must look at the efforts of the remaining girls,” head coach Alex Tigani added.

“Amalie Ford was dominant off half back and in the midfield, Lily Bos played three quarters in the ruck and Regan Blair-Dermody played her best game for the season as well. 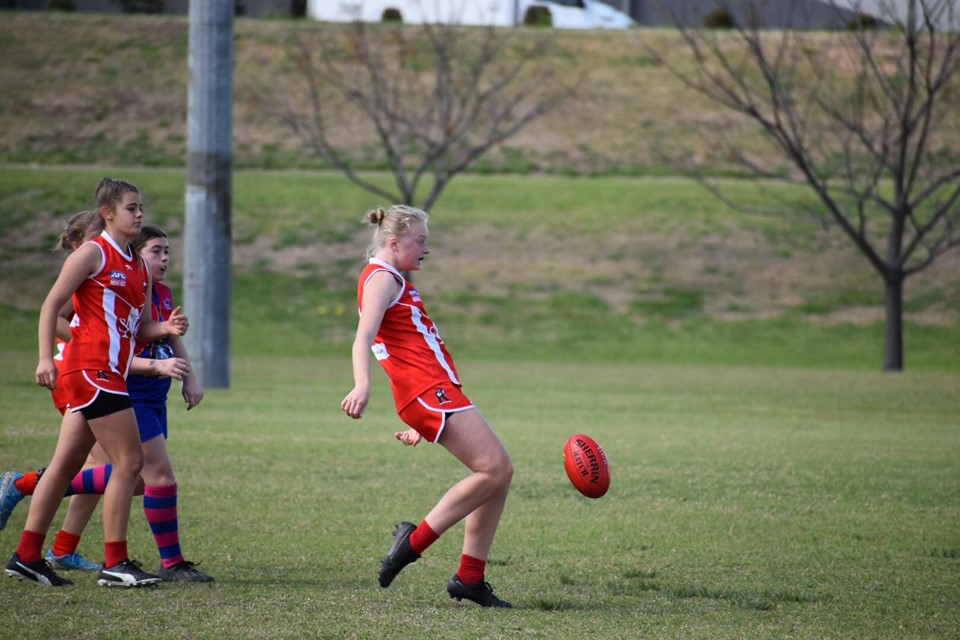 ANOTHER GOAL: Matilda Ord moments before kicking her first goal for the club.

“To then have the opposing coach come to the ground and credit our girls for their sportsmanship made the result the ultimate Father’s Day present for their adoring parents and grandparents watching on.”

The Youth Girls will now have a bye before returning returning to Rose Point Park to play Newcastle City in their final home game for season 2020. 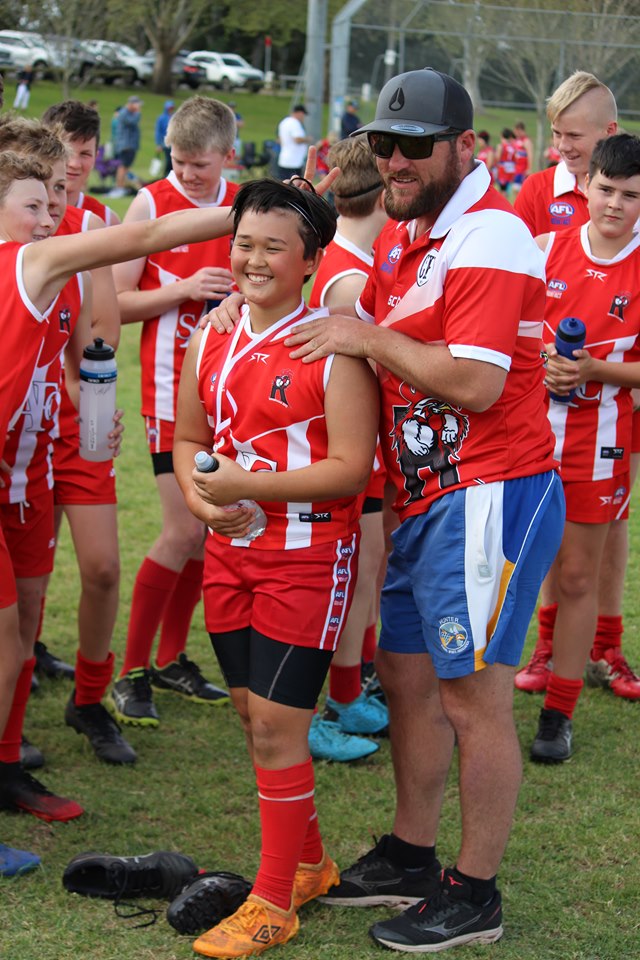 The Roosters will now travel to play Cardiff at 2pm on Sunday.

The Warriors will aim for a 7-0 start to the season when travelling to play ninth placed Killarney Vale this Sunday (12:40pm).

Last week the side, which features Singleton players, proved to be a class above Cardiff in the second vs. third clash when claiming a 8.7 (55) to 2.6 (18) win.

The undermanned Maitland line-up, featuring Singleton names such as Dan Riley and Darcy Saunders, were unable to match Newcastle City on Sunday.

The Saints will hope to bounce back from their 90-point defeat when they take on Terrigal this Sunday at North Lakes Oval (12.20pm).