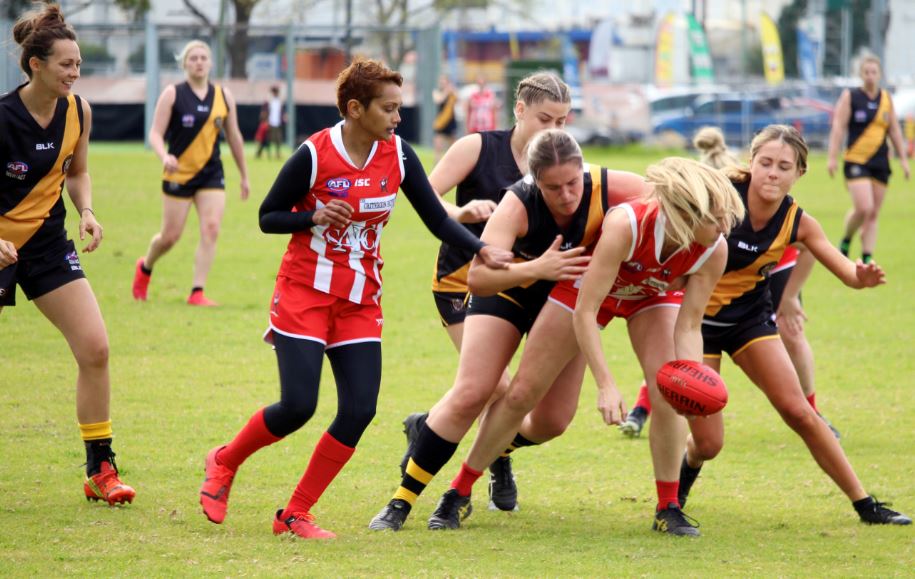 All three of Singleton Roosters’ senior sides will return to Rose Point Park this Saturday after a weekend of mixed results.

FLASHBACK: Singleton’s senior side moments after defeating Gosford in Round 2.

Singleton’s senior side, currently placed third with a 7-2 record, need to simply win one of their final three games against Gosford, Cardiff (away) and Newcastle City to cement their spot in finals.

Therefore, this Saturday’s clash will add another chapter to the modern rivalry between the clubs.

“Last week we were tested in the first quarter but then we clicked into gear and celebrated our best win for the year (against Nelson Bay),” playing coach Jed Ellis-Cluff said post-match.

However Gosford fired back through the agency of former NSW/ACT Academy junior Alistaire Duell-Ferguson who landed his fifth goal to hand his side the lead in the game’s dying stages.

A memorable Will Brayshaw goal guided Singleton over the line.

The Roosters’ senior line-up will hope this weekend’s clash will be less nail-biting.

Earlier in the morning, Tim Hare’s reserves side will hope to return to the top four when they play host to Gosford’s second tier line-up.

The visitors are currently placed fourth with a 3-4 record and three games remaining.

Singleton, placed fifth with a 2-6 record, will only play Gosford and Maitland (away) before concluding the season with a bye.

MEANWHILE the Roosterettes will hope to replicate their 78-point win over Gosford from earlier in the season when they playoff against the sixth placed Tigers at noon.

After an impressive 6-1 start, Nadene McBride’s side has faced two shock defeats to Lake Macquarie and Wallsend-West Newcastle.

Nevertheless Singleton played without a host of talent last week with skipper Tori Cowburn, Victorian recruit Claire Truin and mother/daughter duo Paula and Kalani Bates all absent from the line-up.