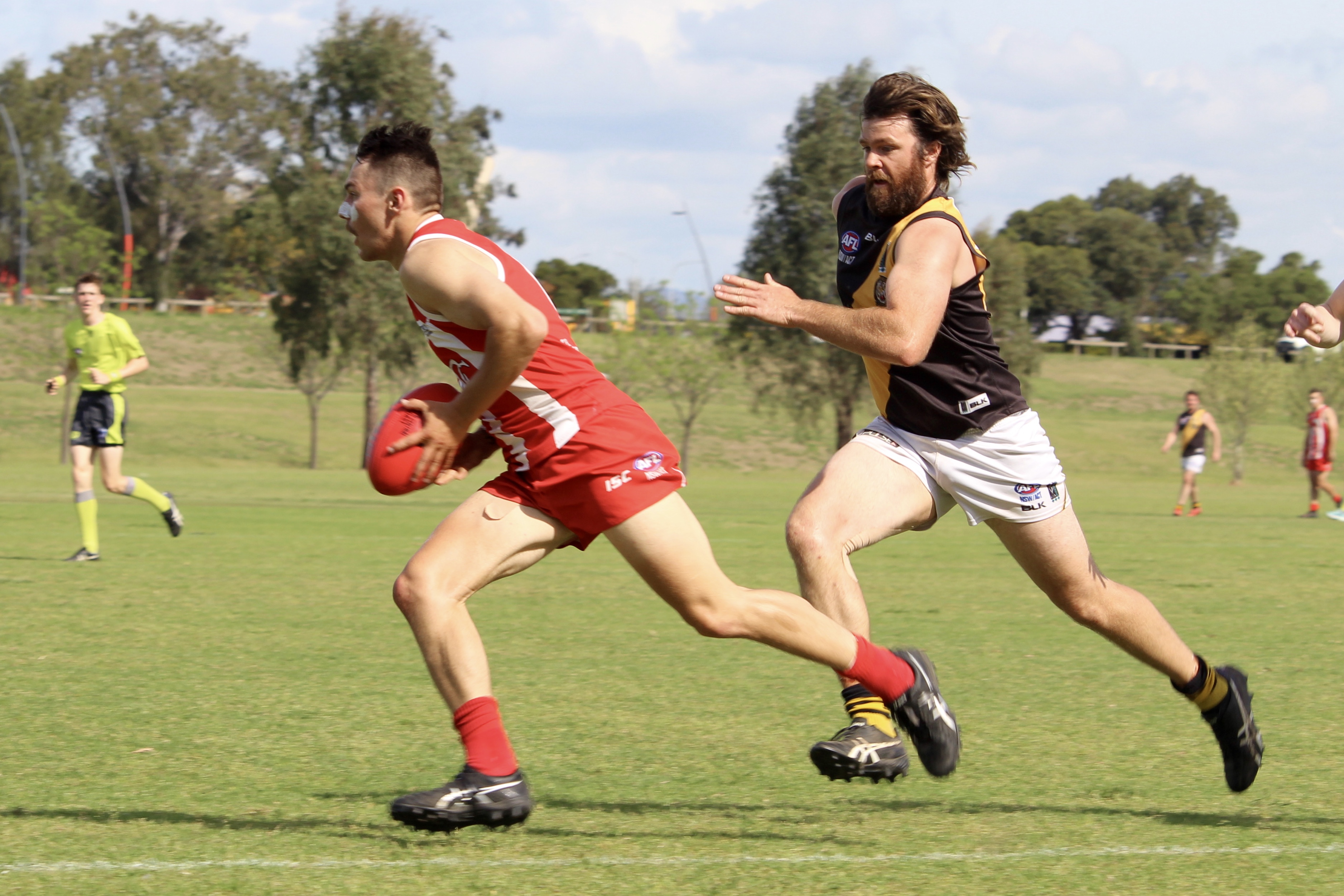 ON THE RUN: Luke Draper landed a crucial goal for the Roosters against Gosford on Saturday.

The Singleton Roosters will hope to consolidate their spot in the top three of the AFL Black Diamond Cup ladder after securing their place in the finals.

Last week the Roosters captured a come-from-behind 30-point win over Gosford thanks to a five-goal haul from playing coach Jed Ellis Cluff.

Now the premiership contender, which enter the final fortnight with an 8-2 record, finish the season against sixth placed Cardiff (away) and second placed Newcastle City.

“We have one month left so I really want to see players committing to games and training from here on,” Ellis Cluff said on Monday.

He was named as his side’s best ahead of returning utility Simione Corfe and teenager Daltyn McCartney.

If finishing second or third, the Roosters will likely play Newcastle City in the semi-final. 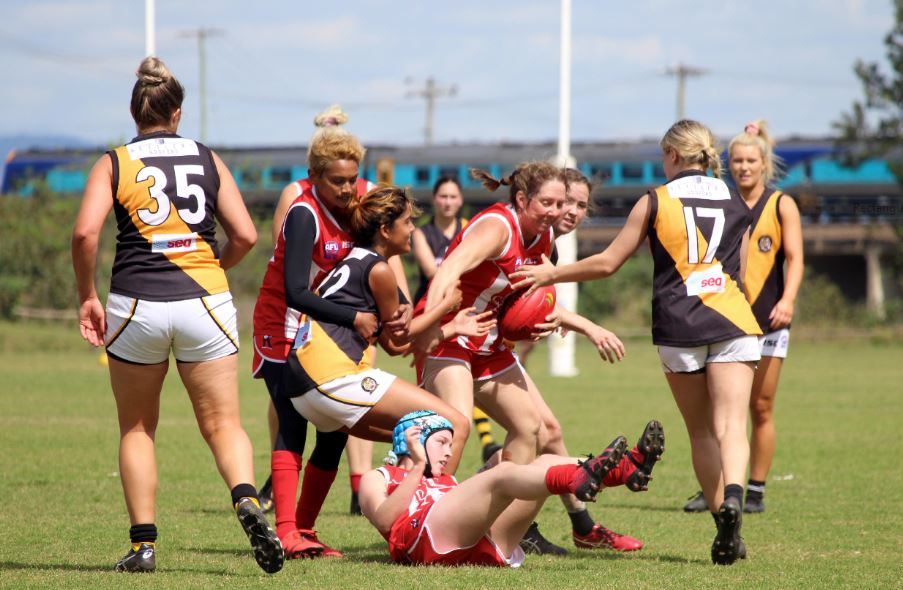 MEANWHILE the Singleton Roosterettes also celebrated their biggest win for the season and second biggest win since their inception in 2016.

Brianna Howard was prolific up forward with four goals in the opening term.

She would finish with six for the match while Lua Roser was named best on ground.

Singleton’s women, currently placed second, will conclude their season with games against The Entrance Bateau Bay and Newcastle City (requiring two wins for the minor premiership).

A three-goal haul from Johny Cornelius would not be enough for Singleton men’s second grade side to hold off Gosford on Saturday.

Lachlan Charnock also landed a late goal in a best on ground performance.