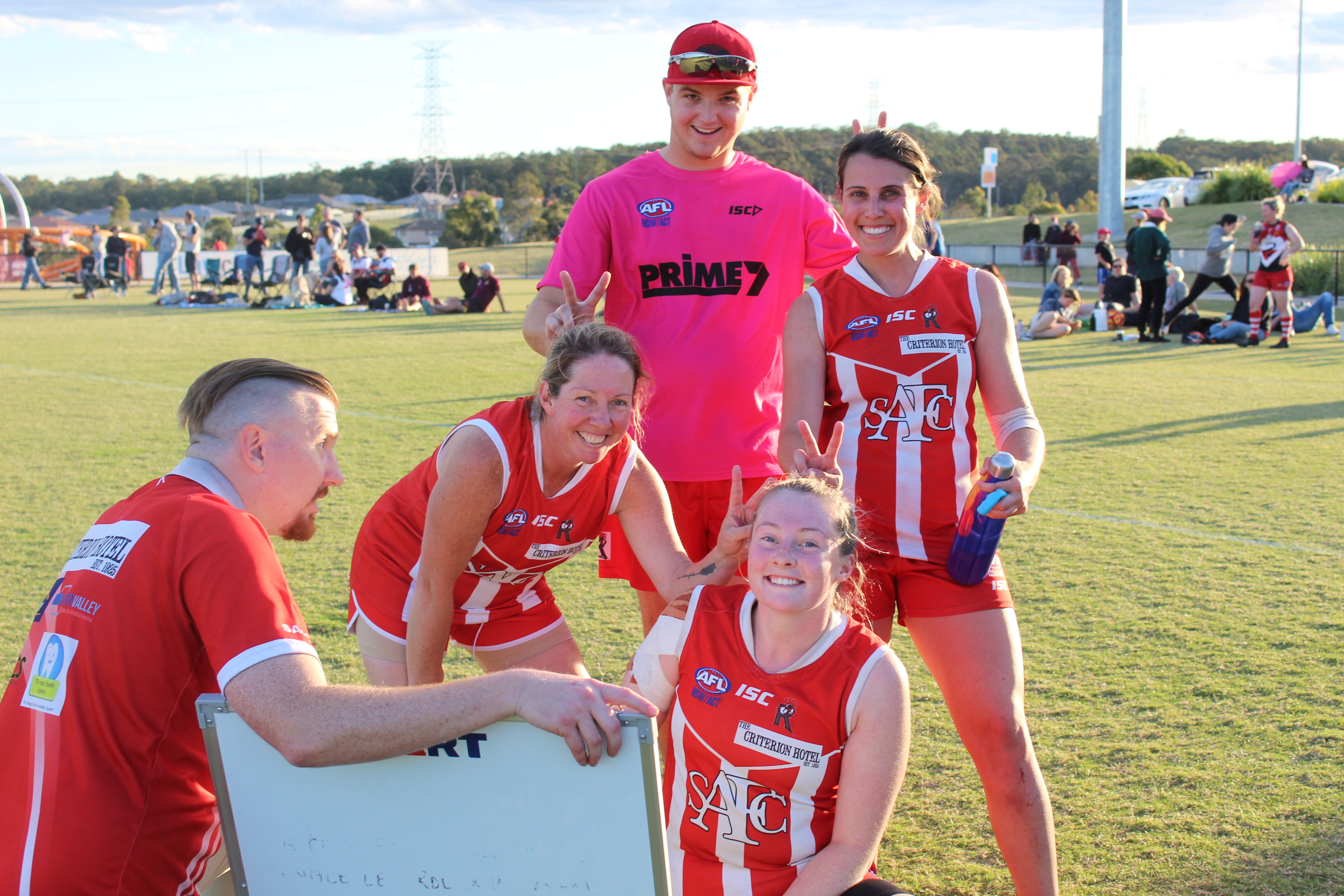 ALL SMILES: In just their fifth year of existence, the Singleton Roosterettes have booked a spot in their first grand final.

The Singleton Roosterettes will playoff in their first grand final after dominating Wallsend-West Newcastle this evening.

In what was only their second final since inception in 2016, the premiership contender held the Swans goalless until the final stages of today’s 6.6 (42) to 2.2 (14) semi-final win.

“Our message is what it has been all year, to have fun,” playing coach Nadene McBride said at the final break.

Singleton will playoff against Lake Macquarie who defeated The Entrance Bateau Bay 9.9 (63) to 1.6 (12) this afternoon.

MEANWHILE the Singleton Roosters were unable to hold off Newcastle City in the AFL Black Diamond Cup semi-final.

The Roosters trailed by 18 points in the final term before late goals to Sam Brasington and captain Cameron White saw the line-up close the margin to five.

Sadly, it would be the Newcastle City who would prevail (they will now face Terrigal-Avoca in the season decider for the third straight year).