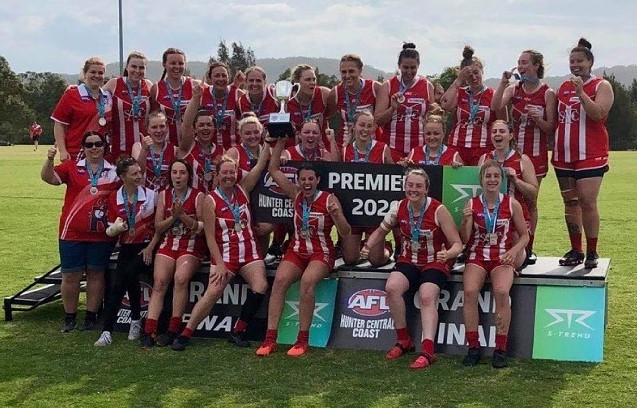 The Singleton Roosterettes made history this afternoon when defeating Lake Macquarie to claim their first premiership since their inception in 2016.

Best on ground medallist Kalani Bates, 15, landed the opening two goals of the game while deputy captain Kyah McBride handed the side a 22-point lead ahead of the main break.

The Dockers responded in the third term with four straight goals however late majors to McBride and Brianna Howard would see the Roosterettes secure a 13-point win.

“If you had told me this was going to happen nine years ago I wouldn’t have believed you,” Cowburn concluded.