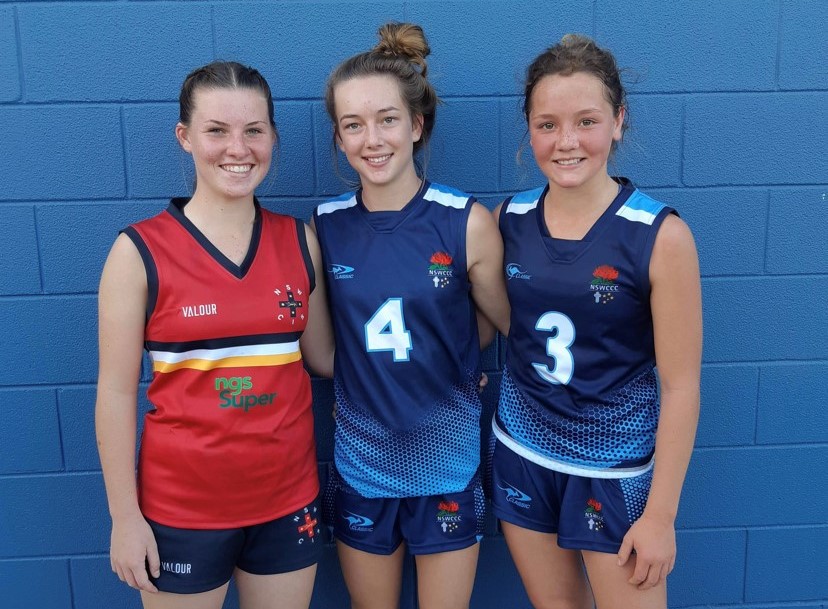 Singleton teammates Amalie Ford (Belmont Christian College), Molly Thomas and Alex Neyland (St Catherine’s Catholic College) played off against each other at the final of the NSW All Schools 15 Yrs & U AFL Championships in Albury.

Three junior Singleton Roosterettes featured in the final of the NSW All Schools 15 Yrs & U AFL Championships in Albury this afternoon.

The undefeated Combined Catholic College line-up, which featured Singleton’s St Catherine’s College duo Alex Neyland and Molly Thomas, claimed the title with a 5.4 (34) to 1.5 (11) win against the Combined Independent Schools.

The duo crossed paths with the Singleton YG15 side’s deputy captain Amalie Ford in the final.

The defender (who plays for Singleton each weekend while on permit from Lake Macquarie) helped secure a 3-0 record for the Combined Independent Schools prior to the decider.

Both Ford and Thomas were selected in the NSW Merit team after the match.