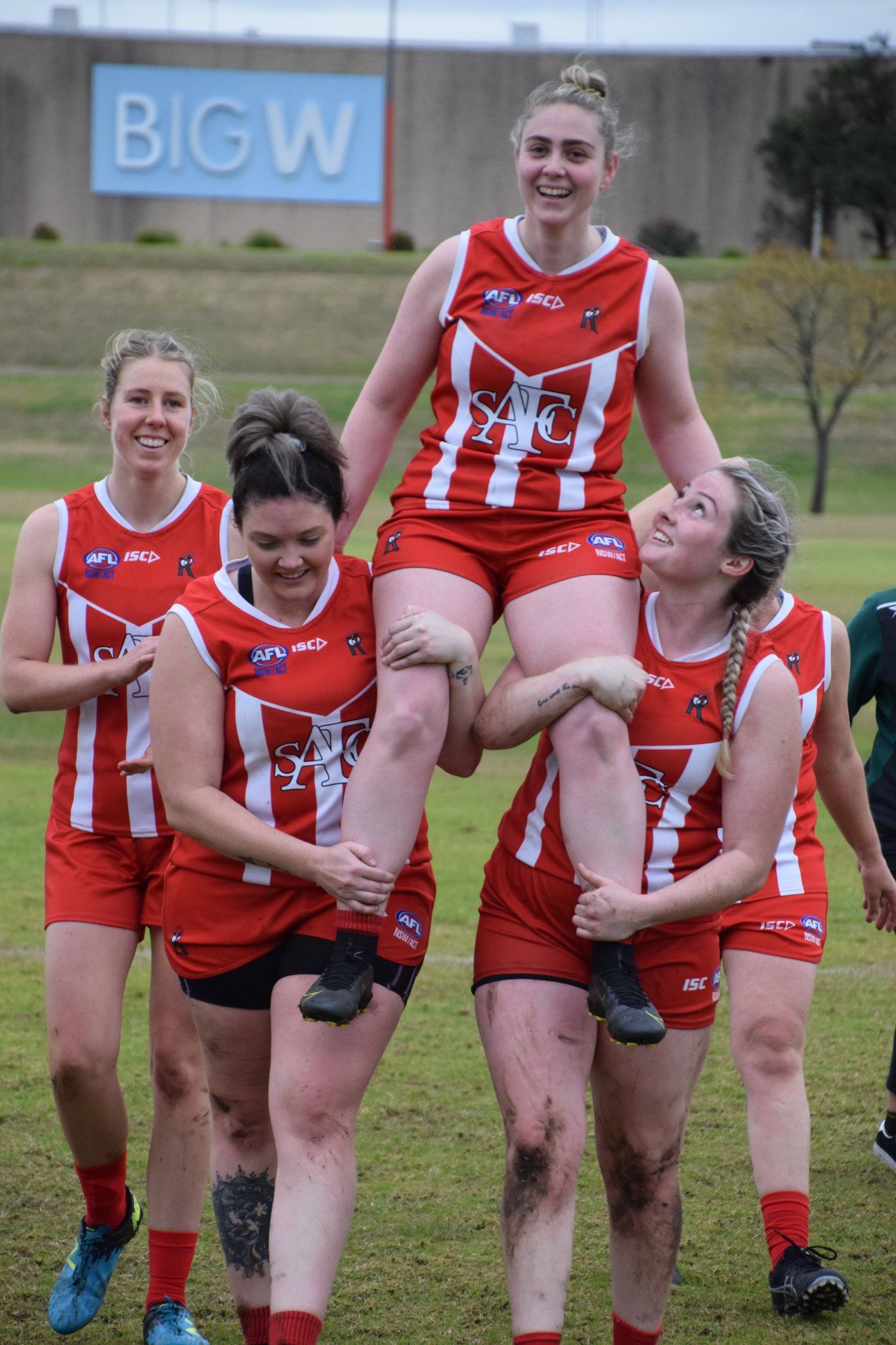 Of those nine, only one was chaired off after the match.

“We initially roped Hannah into playing four years ago after Kyah (McBride) played a season of soccer with her,” McBride reflected.

“Hannah is an integral part of our team and has cemented her spot as fullback.”

Cox was added to the club’s leadership group in 2020 before starring in the club’s famous 13-point grand final victory over Lake Macquarie in October.

“She is respected and loved by all, her enthusiasm on and off the field is contagious making her a vital part of our leadership group,” McBride concluded.