Hawks prevail in top of the table clash 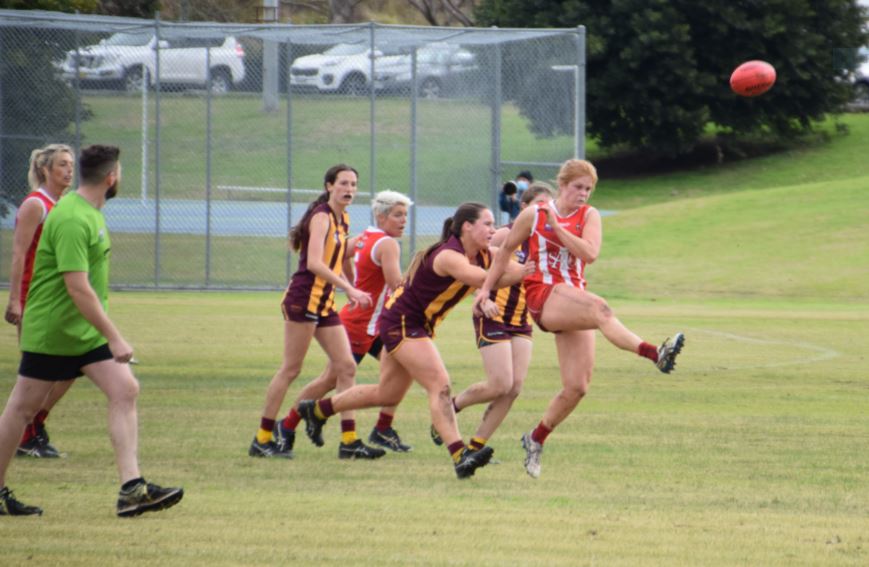 The streak is over.

The Singleton Roosterettes were unable to claim top spot on the AFL Black Diamond Plate Women’s ladder when suffering a 20-point defeat to Cardiff on Saturday.

However, they would be unable to fight back from a three-goal deficit in the opening term as the Hawks capitalised with the wind in the 3.3 (21) to 0.0 (0) opening term.

MEANWHILE the Muswellbrook Cats were unable to hold off Wallsend-West Newcastle at Bill Elliott Oval (suffering a 13-point defeat).