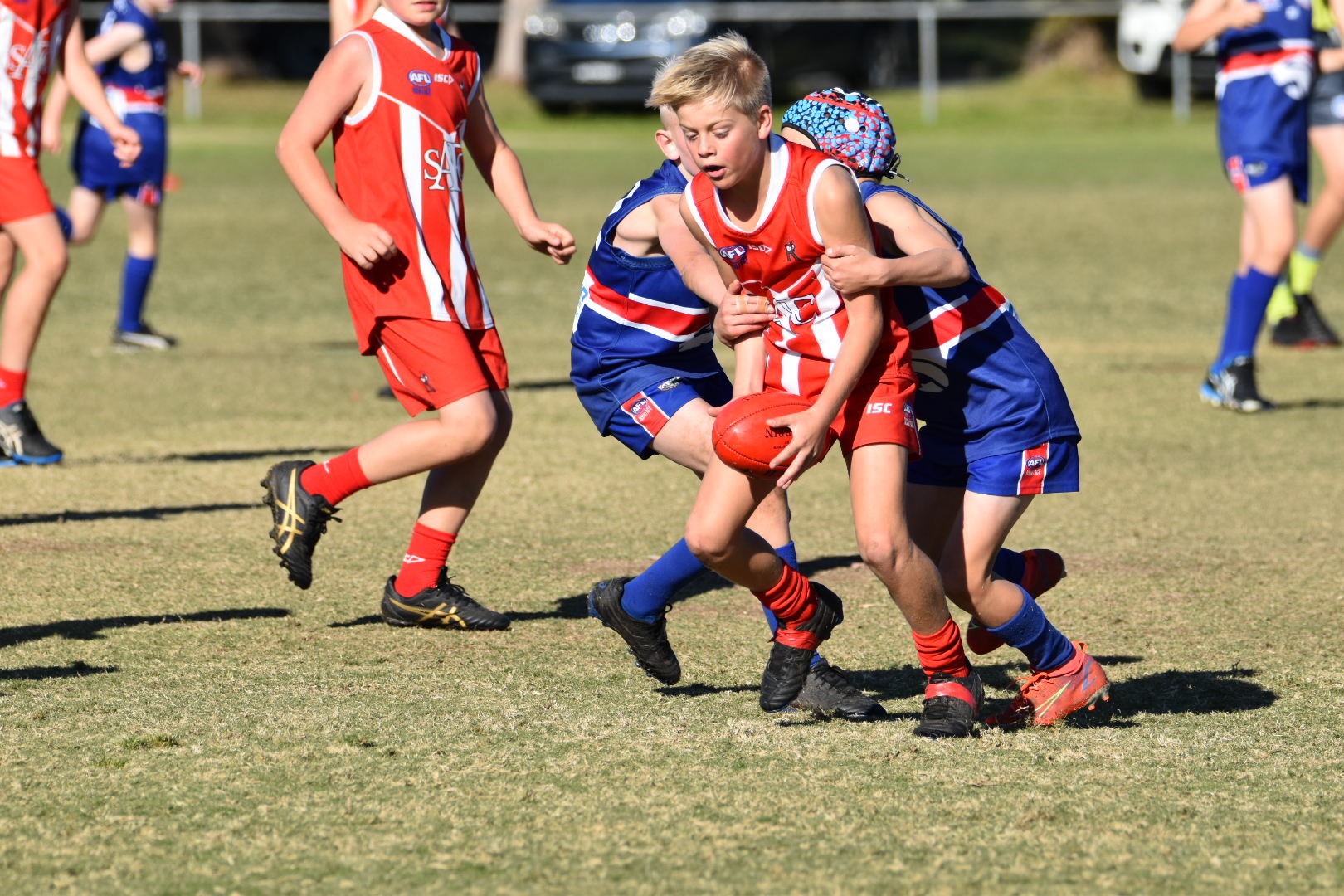 2021 was considered as a successful year for Singleton’s junior AFL stars.

The cancellation of the AFL Hunter Central Coast junior season on Thursday, August 26 came as devastating news for the players and officials of the local league.

In the weeks since, the Singleton Roosters have been able to sit back and reflect on the highs of season 2021.

The Singleton Roosters’ junior section had a successful winter with three line-ups declared as minor premiers in their respective competitions while five of the club’s six eligible junior teams appeared finals bound.

For the second straight year the club’s under-11 side, which was coached by Daltyn McCartney and Klint Williams, went through undefeated for a second straight home and away season.

Singleton’s Youth Girls 13 side also finished on top of the table for a second straight season. The exciting line-up, which was coached by legendary umpire Ashley Borg, inspired the club with their improvement from April to August.

Borg’s brigade climbed from fifth to the top of the table thanks to a nine-game winning streak while the side remained undefeated at home for a second straight season.

Singleton also returned to the Youth Girls 15 competition for the first time since 2016 and the line-up, coached by Alex Tigani, was also awarded the minor premiership last week.

Eleven of the side’s 18 players featured in the 16-member Hunter Country representative side which also went through undefeated this year.

The Roosters’ under-9 side, coached by Jennifer Bos, enjoyed another season (participation competition) with many new debutants embarking on their AFL careers.

The under-13 side, coached by Simon Trickey, celebrated eight wins to finish second on their table behind Nelson Bay.

Singleton’s under-15 line-up also looked in contention of handing Paul Chandler a second junior premiership prior to the lockdown.

They finished third behind Warners Bay Blue and Niagara Park/Ourimbah while the club’s under-17 players continued in a Joint Venture side under coach Aaron Ford.