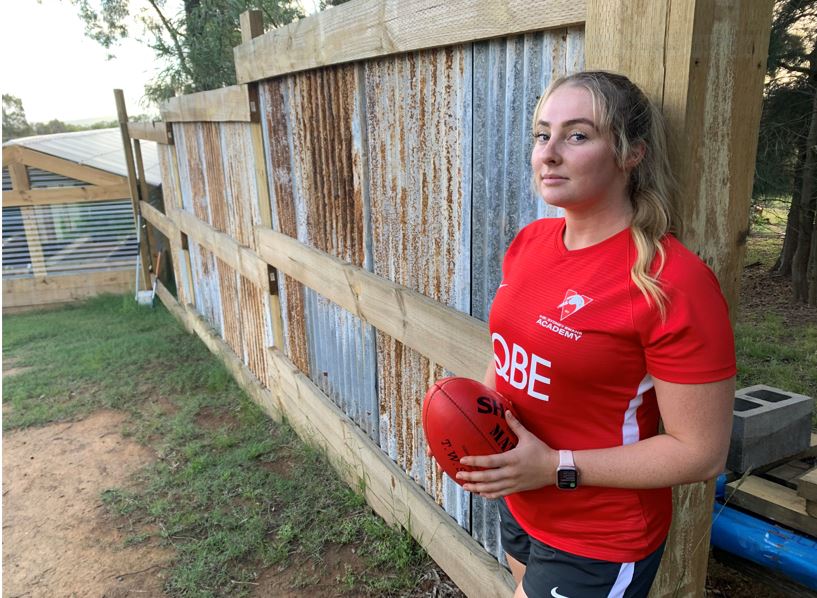 The 21-year-old will join the best footballers from across the state to contest in the inaugural Women’s Summer Series.

Four teams (two each representing the Sydney Swans and GWS Giants) will face off in a five-week series with around 120 players selected for the invitational competition.

McBride, who travelled to Sydney for the Series’ combine on Sunday, admits she has been overwhelmed by her selection.

The midfielder has already had a taste of Sydney’s high calibre of football when representing the Sydney Swans’ under-18 academy line-up in 2017 and then GWS in 2018 (after a rezoning by AFL NSW/ACT).

Yet it is her long list of achievements in between which has kept her in the Swans conversation.

McBride starred in the Singleton Roosterettes’ historic grand final win over Lake Macquarie in 2020 and then won the Black Diamond Plate leading goal-kicker award in 2021.

She has collected two senior club best and fairest awards in 2019 and 2021.

To add to her legacy, she has managed to be a regular member of AFL Hunter Central Coast’s women’s representative campaign following successful stints for the Hunter Country line-ups.

Representing Sydney Swans Red, she will commence her campaign in the side’s Round 1 clash against GWS Charcoal at 2pm this Saturday held at Tom Wills Oval.

“It takes a tremendous amount of effort to build a quality list from scratch and the Women’s Summer Series will bring NSW and ACT footballers together to compete to be the best,” Sydney Swans’ Executive General Manager (AFLW) Kate Mahony said.

“This series is a step closer to creating history at the club, as we look to forming a competitive AFLW team.”